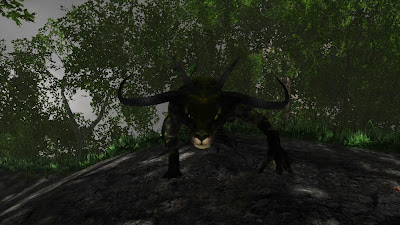 This will be the last Low Cutoff post in 2013, and what a year it has been. Though Low Cutoff has archived posts that go back a few years, the site itself was launched little more than 12 months ago. With the addition of Blips, I've been publishing stories every weekday (with exceptions, of course), which has been a wonderful practice to maintain that both keeps me on top of current happenings, while also forcing me to write something everyday. Here are some of my favorite posts from 2013:

Additionally, my work also appeared on a few other sites. Here were my favorite freelance stories from 2013:

As far as actual games go, I don't have a list of 10 games that were released this year, but I will mention a few that I played this year that I really enjoyed:

I'll be doing a "best music" list over on the old Gold Skulltulla blog, so keep a lookout for that. Otherwise, see you in 2014!
Posted by Dan Solberg at 10:00 PM