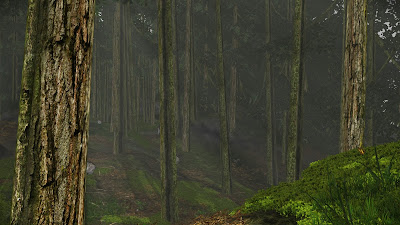 With year-end list season upon us, my thoughts once again return to the exploration/survival game Miasmata. It's my favorite game from the past year (though it technically came out at the end of 2012) and I can't recommend it enough. Over at Electron Dance, Joel Goodwin seems to harbor similar feelings for the game, though perhaps I'm more gushing with compliments. Regardless, he's stated that Miasmata was the game that meant the most to him this past year, and I'm right there with him.

I interviewed designer Bob Johnson about the game earlier this year, which was research for a piece in Kill Screen magazine Issue 7. I also wrote about Miasmata and Proteus for the short-lived re/Action website, going in depth into how both games express themselves through their day/night transitions. Miasmata is a game rich with mineable material for criticism and interpretation, but also offers satisfying mechanics to engage with in the moment. I remember playing it and thinking how much it felt like the perfect ambassador to bridge triple-A and indie audiences. It's gorgeous, and comes from a small team. It has action and also introspective exploration. It's not handhold-y, but it tells you enough upfront. Miasmata feels exquisitely balanced, which is amazing because what you're doing from one hour to the next can have such hard swings. It's a machine that doesn't look like it should work, but it does. Oh man, does it work.

:image by Avery Campbell:
Posted by Dan Solberg at 3:14 PM