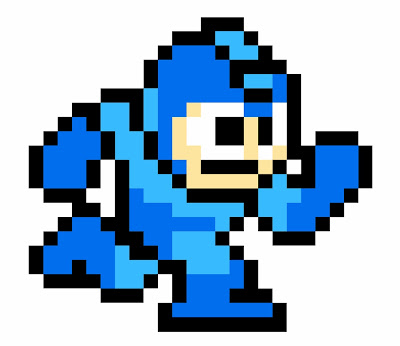 In a recent column on IGN, Mitch Dyer stacks up the historical importance of individual video games versus some of the time-tested, canonical books and films that have so much more staying power in the public consciousness. Dyer definitely has a strong point in that the video game industry consumes its own historical significance, leaving only crumbs in its wake for die-hard collectors to deal with. Only recently are we starting to get to the point where some games could have digital cross-generational longevity. That said, backward compatibility has been all but phased out of consoles (unless PS4 still plays PS1 games, which would be pretty great), and the essence of these games has become tied to their respective, soon-to-be-obsolete platforms.

Dyer's statements about gaming franchises being more recognizable than the actual games is also true. I've never played a Mega Man game, but I'm interested in trying some out. Now, I don't have a desire to play all of the Mega Man games since they're mostly the same, but some do certain things better than others and are more enlightening to their original historical context. Where then is the value of a game like Mega Man 5, which is overshadowed in every way by other games in the series? No one expects future generations to go back and play every Mega Man game to understand what they're all about. Those sequels were made for people who already loved Mega Man and want to play more of it in some slight variation, and the miniscule intellectual payoff of soldiering through all of them is undoubtedly not worth the time and energy.

I'd like to propose another way of looking at video games in historical context though: as part of the lineage of games in general. The value of one Mega Man game has its limits, but the side-scrolling action game has certainly had a profound impact on digital interactivity spaces. I'm convinced that World of Warcraft will be talked about well into the future as well in the context of its massively multiplayer online interactive systems. People might not play WoW 20 years from now, but perhaps they will play a game that follows that lineage (not necessarily the brand). Is it more important that we remember the Dallas Cowboys or football in general?

Lastly, I think Dyer is giving those famous books and movies he speaks of too much credit. How many Best Picture Oscar winning films have you actually seen? How many of those do you have vivid memories of beyond vaguely recalling the plot and some cinematic themes? Probably not near all of them, yet at the time they were released and evaluated they were highly praised in a way that said, "These are movies that future generations should know about." Yes, it's great that some masterworks of various mediums have be lauded and institutionalized to stand the test of time, but games like chess, go, and various sporting competitions have arguably had as much, if not more cultural impact (an immeasurable value, I'm aware). There's nothing to make me doubt that certain video games will eventually be added to that list someday too, and it wouldn't hurt if the industry kicked in a little effort to help while we're at it. The next generation is going to be faced with an even larger pile of media that adults think they should know about, and certain things will invariably be pushed to the side, but I believe the best games will stick around in some form.
Posted by Dan Solberg at 6:44 PM