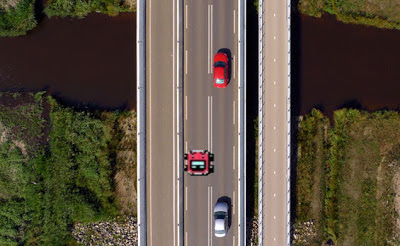 A few weeks back I watched a gameplay video of Pressure, which had several qualities that reminded me of NES classic Bump 'N' Jump. Both involve driving vehicles down narrow alleys from a high perspective while sideswiping enemy cars before they have the chance to do the same to you. The two games have plenty of differences too, but they share a similar tone and spirit. Noting these parallels, I wrote a comment on the video that read, "Makes me wish someone would remake Bump 'N' Jump."

I stopped and considered the comment before publishing; why did I want a remake? I own Bump 'N' Jump. My NES is hooked up to my television. I could play Bump 'N' Jump right now if I wanted. If I instinctively desired to relive the experiences I'd had with the NES game, why would I need a new version of something I already have?

I rephrased my comment to say simply "This makes me want to play some Bump 'N' Jump." I felt this better reflected how I felt while watching Pressure, instead of sounding like a publishing executive pondering their next project (note: I am not a publishing executive). Much to my chagrin, my benign comment got a response. It read, "Now THAT's a game that needs a modern re-make [sic]." It seems the impulsive desire for remakes of old games is more widespread than I thought, and that's a problem.

There's nothing inherently wrong with remakes, and there are plenty of valid reasons to create them, but the hive-mind that is collectively conditioned to desire updates of old games instead of new original games is unhealthy. This kind of thinking suits risk-averse business models, not cultural enrichment or progressive design. Worse, it's historically revisionist, undercutting the relevance and competence of older games as they're deemed unsuitable for modern game systems. Game companies do this to themselves.

As you may have heard, there's a new SimCity out now; it's called SimCity (more on that in a minute). I haven't played the latest game, but news of its release brought back fond memories of past SimCity experiences. As a result, I've actually been playing a lot of SimCity 2000 lately. There was a sale on GOG that sold the game for pocket change, and gave me a version I could play on my MacBook.

It was confounding to listen to complaints about the most recent SimCity's launch woes knowing that an incredible version of the same game was also on the market, offering a proven, satisfying experience not unlike the core gameplay of the latest version. Every SimCity sequel is basically just a remake of the original build-a-city-from-scratch game. There is no continuation from one title to the next. You can't bring your SimCity 2000 metropolis into this year's game, as cool as that would be, so you must begin your town anew.

So, because the newest SimCity game is called SimCity (the same title as the original 1989 game), the 2013 version is considered a reboot of the franchise. In the market, it takes over the original's place as well as all previous remakes. Since there is no continuity between titles, players who are new to the series are encouraged to play the most recent game without the need for historical context. It's a shame because the latest game isn't always the most compelling take on a specific series. SimCity 2000 was recently acquired by the Museum of Modern Art in New York, not 3000, not 4, and not even the original. While the game market is driven primarily in one direction, players should have the ability to zag between past and present at will.

Maybe the new games-as-service model will change this going forward; it's hard to say, but I think that's part of the general idea with the new SimCity. If there's more persistence across platform changes, then the game can adapt as it goes instead of constantly cutting off its own legs. Also, it's worth noting that consoles are far, far worse when it comes to conservation agility, and despite marketing and perception issues, at least I am able to purchase and play on a modern machine, a game from 1994 that I used to run off a 3.5" floppy disk. 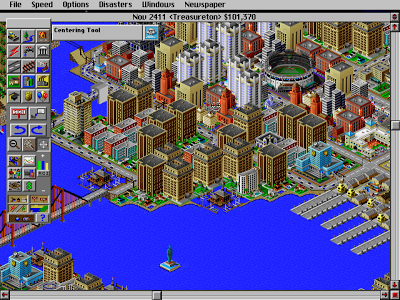 Let's return to the original question I asked myself in the comments thread: Why did I instinctively wish for a remake of Bump 'N' Jump? I like old-school graphics just as much as photo-realistic showpieces. I don't care about Achievements, DLC, or online multiplayer modes. The parts that I'd enjoy in a new Bump 'N' Jump would likely be the elements I enjoyed in the original game, and I already own it! While iterations of a game like SimCity can become more complex to granular detail, Bump 'N' Jump already delivers on the two elements it promises in its title. The answer to my question doesn't seem to reside within the game itself.

The impulse to want a remake, in my case, seems largely a product of market conditioning. The necessity of this is a very Star Wars Special Edition way of thinking. It only makes financial sense to develop games for current popular systems that make use of the latest technological innovations. That's where the tech-lust is. That's where the money is. In video games, as with Star Wars, these innovations are largely aesthetic and don't change the principal characteristics that define what a work is. Still, there is a sexiness, a desirability in whatever the new thing is.

It's a difficult mentality to break away from, one that's ingrained in me and others with similar knee-jerk reactions. This is an instinct that I have consciously been attempting to fight against. I've previously written about my experience being a "last-gen gamer" and the rewarding perspective I gained during that time. I only wish console makers would do more to make their caches of older games more accessible, taking greater stock in their own legacy. Is this an incredibly complicated task? No doubt. But would it go a long way to securing sustainable cultural capital for video games as a medium? Absolutely.