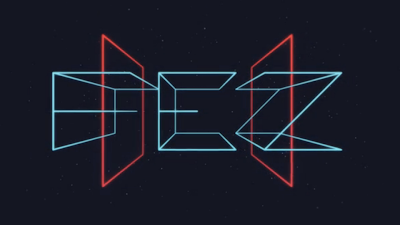 I'm not going to recap the whole Phil Fish / Marcus Beer debacle; it's an ugly mess that ultimately ended in the cancellation of Fish's recently-announced game, Fez II on his way to leaving the gaming industry entirely. People have been playing the blame game all day, but what are some easy things that could be changed to reduce the chances to such scathing social media brawls occurring again? I'd like to cite a previous Blips post, highlighting an article by Michael Abbott about positive communication. In short, always begin a conversation assuming positive intent, and avoid unnecessary antagonisms.

Marcus Beer goes by the moniker "Annoyed Gamer," and I can't think of a more repellant term to call oneself. I have enough problems using the word "gamer" to describe myself or anyone else I think well of, due to the label's negative connotations as a signifier of social and cultural ineptitude. Tacking the word "annoyed" on the front is almost redundant, since the first thing that comes to mind when I think of a "gamer" is a upper-middle class, white teenage boy gritting his teeth in impotent anger, inches away from a TV screen. Gamers are perpetually annoyed, no? I can think of no group of people more suited to the word "petulant" this side of fussy infants. Yet, Beer takes on this label and slings mud, going so far as to derisively label Fish under the catch-all term "hipster." Get it? He's annoyed.

I'm aware that Phil Fish has said his fair share of inflammatory remarks, but at least they feel like they're coming from Phil Fish, the opinionated individual who makes indie games, not someone who's job it is to talk about how things bother him, who happily embraces the antagonist role in a play that never calls for one. Phil Fish on the other hand, went off on a rant not too long ago because he didn't like that he had been labeled an "asshole" by Ben Kuchera on Penny Arcade Report. Mislabeled or not, that Fish did not want to be perceived as a trouble-starter shows a desire to be part of a non-combative atmosphere (though the way he ended up presenting his viewpoint may have overshadowed those intentions). Judgement is a matter of degrees here, but I'll take the creative loudmouth over the destructive one any day of the week. Unfortunately, in this case we're left with the opposite.
Posted by Dan Solberg at 6:42 PM