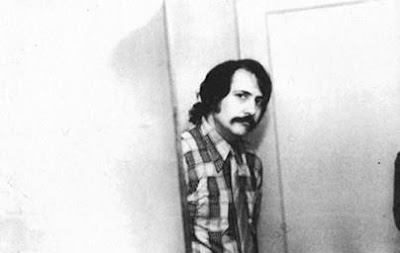 As a companion to yesterday's article on the fabled Roger Ebert of video games, I saw this 2006 piece by Chuck Klosterman floating around wherein he laments the lack of video game criticism on the level of music critic Lester Bangs, in the press, and even in game enthusiast publications. I read plenty of video game magazines and websites at the time, and in 2006, Klosterman was absolutely right. In the major publications and outlets there really wasn't in-depth criticism being written that  took into account the new language of video games, but instead writers picked apart games by commercially evaluative elements in the service of consumer advice. As much as we continue to need purchase recommendations, there was an absence of criticism.

While it's telling that many in the video game community still feel a lack of mainstream cultural acceptance for games, the criticism side of things has certainly come a long way. No longer is real game criticism bound to the academic world, but personal blogs and columns have picked up the slack that hadn't been widely produced before. Heck, there's even criticism happening on big-time sites like Gamespot on a regular basis, and the New York Times publishes Kotaku reviews every so often. In many cases these reviews serve dual purposes: offering a critical approach to the meaning expressed by a game, while also explicitly letting readers know if the critic think a game is worth playing via some kind of scoring system. It's not a perfect system, but it is an improved one.

The reason Warren Spector's recent piece felt out of touch to me is because it reads like it was written in 2006, when such critique would have been more accurate to the situation at the time. There is great criticism being written in 2013, and a relatively decent amount at that. It is still underexposed, but the tides seem to be slowly turning in its favor. It's great that The New Inquiry has published a Games issue, but the next step is the have games criticism show up as a part of general cultural criticism more frequently instead of being cordoned off into a game category.

Sadly, it's also quite difficult to make a living writing about games, and especially so for writing criticism. I sincerely hope re/Action reaches its crowd-funding goal (please consider donating), but at this point they have a lot of ground to make up in the closing weeks. Klosterman closed out his piece speculating that is a Lester Bangs figure would emerge in the video game criticism space, that person would likely strike it rich. Well, maybe no one has truly met those aspirations yet, but at this point the whole "get rich" part of the equation seems more like a fantasy.
Posted by Dan Solberg at 10:00 PM