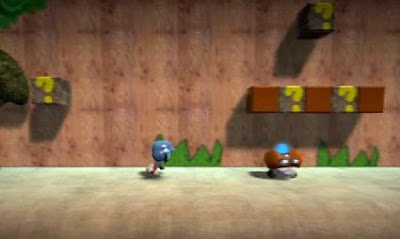 I realize I just railed against the use of "content" to describe video games, but the term can serve as valuable industry shorthand at times, even if I have to cringe a little when I say it. I'll keep the mentions to a minimum. I put in this disclaimer because I wanted to share Greg Lastowka's blog post on research he's done on what players are actually doing with "user-generated content" (UGC). This blanket term is used to cover everything from character customization to modding tools with wide spectrum of degrees in between. We've heard that allowing players more creative control in games is the way of the future, Minecraft being the recent blockbuster success story. But what about when players use those customization tools simply to make references to other games, skirting a fuzzy line between fair use and copyright infringement?

Well, this is where Lastowka's research comes in. He has a link to the full 160 page report in his blog, but I'll just be focusing on the highlights he summed up so nicely. First, consider the snap judgement that if you give someone a level editor, they'll just make World 1-1 from Super Mario Bros and be done with it. While that's not entirely untrue, that level and others like it don't represent the vast majority of user-made levels in a game like LitteBigPlanet. However, in many cases the most popular custom levels and characters tend to be referential in nature. Still, the referential slant of popular UGC would still fall under the umbrella or original, creative material, not piracy. Your fake World 1-1 isn't meant to be a stand-in for actual Super Mario Bros, but a similar experience translated through a different platform. Also interesting is how little the oft-lauded act of "remixing" actually occurs. This means that most use of co-opted intellectual property in UGC would have a hard time justifying itself as "fair use" under close scrutiny.

There's a lot more to the report, which I'd encourage checking out. What with all the recent YouTube issues when it comes to footage of video games, it's interesting to see research on how players use the tools that developers have provided in-game. OK, I only said "content" a few times; I can live with that.
Posted by Dan Solberg at 4:17 PM