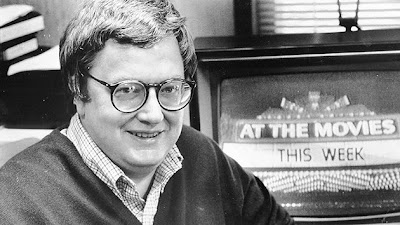 It's great that the gaming press is as reflective as they are, consistently examining aspects of their practice and coming up with new ways forward. Sometimes this works out for the best as with recent changes to comment moderation policies on both Kotaku and IGN, at least partly spurred by Samantha Allen's open letter about issues in gaming forums and comments. Other times we end up with Warren Spector pushing for a Roger Ebert of video games. John Teti dismantles Spector's remarks in a thorough essay for Gameological that claims video games don't need their own Roger Ebert.

The crux of Teti's argument centers around the fact that Spector is looking to the past for answers without acknowledging how technological shifts have fundamentally altered the landscape for publishing criticism. Spector wants game criticism in general interest print magazines and newspapers where, in a best case scenario, folks who don't normally read about games can see stories and gradually warm up to them. At the very least, Spector's stance is that having games writing visibly present on newsstands and magazine racks along with other "culturally accepted" media like movies and books, that more people will begin to view games in a similar light. As Teti makes clear, this is a backwards perspective. He notes how TV criticism has found a newly resonant form in online episode breakdowns, posted within 24 hours of the original airing. It's debatable whether this is ultimately the best form for TV criticism to take, but it has undoubtedly found an audience that was not satisfied with the old ways.

It's worth noting that Ebert has a pervasive body of film criticism outside of newsprint too, having written numerous books, produced and starred in his own TV show, and published numerous writings online, including his work for the Chicago Sun-Times. In fact, it's his work outside of newsprint that made Ebert a household name.

Tet's strongest point may be in examining how "cultural acceptance" is measured through old media standards like award shows and film festivals. It's not just that technology has pushed criticism to evolve into new forms, it's that "mainstream culture" does not exist that way it used to. To appeal to the mainstream is to appeal to whom exactly? That Spector cites French New Wave cinephile journal Cahiers du Cinema as an example of a magazine that would be mainstream critique is beyond absurd. There used to be a ton of videogame magazines in the 90s, if that's what you're looking for. For the record, I'm not opposed to seeing more games criticism in print mags and newspapers; I think it would have a positive impact, but would in no way produce game crit's Roger Ebert.

John Teti's full essay is worth checking out. I know I'll definitely think twice about writing the words "cultural acceptance" from now on.
Posted by Dan Solberg at 10:00 PM