Blips: The Age of Games is Upon Us 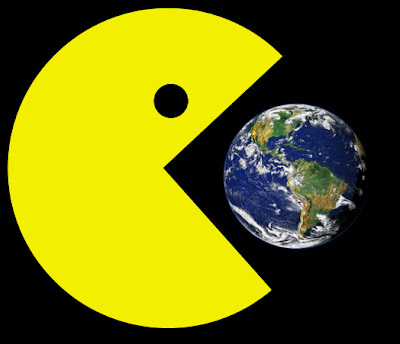 Last week, game designer and academic Eric Zimmerman published "Manifesto for a Ludic Century" and made the case for why games and game thinking will define the next hundred years. Being a manifesto, he lays out a handful of bold points such as "Digital technology has given games new relevance," "There is a need to be playful," and "Games are a literacy." These points are each followed by a couple sentences of further explanation. As part of the piece being posted on Kotaku, author and professor Heather Chaplin provides some reflection and critique of the words that immediately precede her own. It may seem strange that something dubbed a manifesto would require further backstory and something outside of itself to provide proper context, but seeing as the manifesto is meant to be but a part of a new book by Zimmerman, the extra supportive material is helpful.

In the wake of the manifesto's posting, a flurry of responses has surfaced, covering a wide range of territory. Kotaku even pre-baked a few responses from industry luminaries and extracted soundbites for a separate response article. I wanted to focus mainly on two critiques though, one by sound art/game music composer David Kanaga and one by sports media researcher Abe Stein.

In Stein's piece, he wonders who will actually take part in the ludic century, and who will watch from the sidelines. The argument is about access, which all broad, technology-based initiatives must address. For whom are digital technologies like video games and the Internet fostering a surging interest in design thinking? Stein speculates that these are privileges afforded to the minority of the world population that has access to this technology. Zimmerman even admits that his manifesto is a bit serf-serving, both proclaiming the importance of thinking like a game designer and promoting his upcoming book, which, demographically speaking, sounds a bit like preaching to the choir as well. After all, people who don't play video games and who don't have computers or smartphones won't be reading articles about them on Kotaku either.

David Kanaga's criticism is an expansive, philosophically grounded, point-by-point evaluation of the manifesto's statements. There are a lot of pools of interest here (and plenty that was over my head), but I found a through-line in his criticism of Zimmerman's framing of "play." Zimmerman speaks of playing games as a part human nature, the same as telling stories, making music, and creating images. Kanaga posits that "telling," "making," and "creating" are all forms of play as well, and that any activity can be seen as a game. Speaking of "games" specifically he says early on that "games are both playful-irrational things and highly structural things, and integrating the reality of these apparently contradictory tendencies is maybe the most important/baffling work there is to do-- in design, theory, and play. Right now, the rational aspect of games is WAY over-represented." That rational aspect is tied up in "systems thinking," which while certainly useful, can be overemphasized at the expense of play.

In the end, I'm not sure the manifesto format was the best way for Zimmerman to go, since many criticisms can be explained away by the adherence to that form (a criticism Zimmerman has acknowledged). The ludic century manifesto comes from a standpoint of assumed common ground, which is helpful when trying to convey ideas that, for many people, will be totally new ways of thinking about the integration of games and culture. However, Zimmerman chose a format that requires broad strokes, bold declarations, and positive vision, not nuance. You probably won't have a successful call to action if you can't sell people on it, so that's what the manifesto attempts to do. I wonder if Zimmerman sees the cascade of responses to his manifesto, both positive and negative, as part of design thinking in practice. Will we see a second iteration of the manifesto that incorporates this feedback? I hope so, though if anyone refers to this first go round as an "open beta," I might hurl.