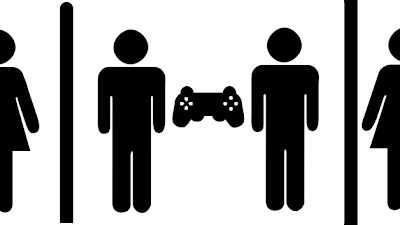 I thought today, which sees reviews breaking for Dragon's Crown, was an appropriate time to share this recent piece by Sidney Fussell for Medium Difficulty on the institutional misogyny in the games industry. The article is very in-depth and is full of a ton of useful links for getting up to date on certain gender issues in the game world. Fussell is very upfront about the nature of writing a piece on gender politics from a male perspective. I recommend reading the whole thing and even the (SHOCK!) thoughtful comments section below, but one point that really stood out to me was the mental separation between the game community and the game industry, as if they're not two totally codependent groups. Industry and community are one symbiotic whole, and sexist actions on either side are reciprocated on the other. This goes for more than just misogyny, but that's the topic at hand here.

Dragon's Crown, lest we forget, received a great deal of criticism a while back for its exaggerated character art, particularly of two female characters which seemed born out of a 12 year old's notebook. Now the game reviews are coming in and if you ever wanted a game to act as a general barometer of which reviewers to follow and which to ignore, Dragon's Crown is it. From what I've seen and read about Dragon's Crown, it's a game that's conflicted about who it wants its audience to be. There are tons of callbacks to Dungeons & Dragons and old-school brawler arcade games from the 90s, but the depiction of female characters seems aimed at a demographic who would be too young to get those references. I greatly enjoyed Vanillaware's Odin Sphere in the past, and would normally be be very excited about Dragon's Crown, but knowing how it represents women has tempered that interest. Like so many games that have come before, Dragon's Crown seems to be a fascinating gameplay experience, that for some reason, needs to embarrass its players that aren't heterosexual teenage boys.

To pull from Fussell's article, it's important to acknowledge these kinds of behaviors when you see them, and especially so if you're a professional critic. It's not that we need to censor or eliminate perviness entirely from games, but if you're a critic who turns a blind eye to the issue, you're doing a disservice to your readers who probably just want to know if a game is for them. If you're critic who can't see why the issue needs to be acknowledged in the first place, you don't really have any business being a critic.
Posted by Dan Solberg at 6:35 PM