Blips: Cheaters Are The Real Players 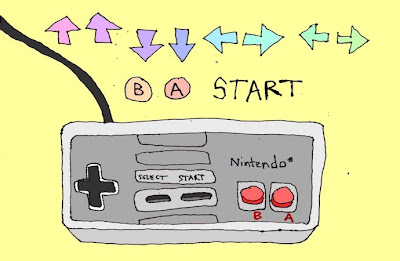 Cheating remains one of the most fascinating issues in video games. Where do you draw the limits between "cheating" and "following the rules?" Everyone seems to have a different answer. You've got the laws of the game world that are bound to hard code, and then you have the more flexible rulesets that are socially determined that establish a level playing field for competitive environments. Rocket jumping in first-person shooters is exploiting the game's physics system, but doing so is strictly within the original tools given to the player, which hardly seems like cheating. However, competing with a modded character that has infinite rockets or some other advantage that other players do not have, would be cheating. The differentiation for me is that the act of bending or breaking the games' laws and boundaries in itself is not cheating, but when you violate the social contract between competitors, it becomes cheating.

Michael Thomsen sees cheating, as it's more broadly defined as a general disruption of a game's restrictions, as the most ethical way to play video games. Cheating in video games is about testing boundaries, which is what humans do when they play in every other setting. Most games don't actually encourage play though, instead asking willing participants to adopt a prescribed set of actions and to execute those actions when the game tells you. Playing video games without making attempts to subvert their rules is a tremendously submissive activity. Though linear, restricted play has opportunities for developer expression and player interpretation, most games take this opportunity to force players into a time-intensive struggle that makes players perceive their rewards as sweeter because of the effort required. However, the expressive and interpretive possibilities of these struggles are limited and rarely justify the considerable time and effort required to achieve them. Thomsen argues that cheating demonstrates just how cheap these rewards are, since players can acquire them all the same without undergoing significant struggle.

Now, I've previously defended JRPG Xenoblade Chronicles' immense duration (90+ hours) as an experience that builds an empathetic relationship with characters that is not achievable in short games, and do think that had I cheated my way through the game that I would have lost that connection to the characters. Cheating makes video game playing a first-person narrative experience, and subverts the story that has been written by the game developers. Sometimes the stories told by developers are actually worth experiencing in their unaltered form, but I'd like to ammend my Xenoblade defense by stating that I can only play a game like that once every few years. Struggling through hour after hour of predetermined roadblocks is not a healthy lifestyle, but I'm willing to submit to vice every once in a while. I don't know how MMO players do it.
Posted by Dan Solberg at 10:00 PM