Blips: Free-to-Play and the New Harpoon 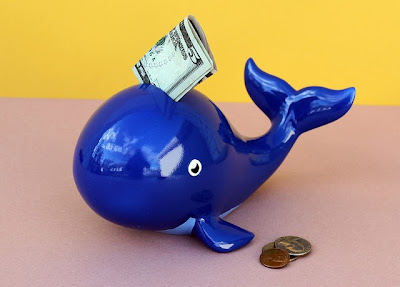 In an expansive report for Gamasutra, Mike Rose researches the ethical implications of free-to-play financing models for games, and how they thrive off of whales: individuals who spend hundreds or even thousands of dollars on these games. While the majority of F2P players never pay a penny for their time in those games, a very small percentage of players pick up the slack by spending what from the outside appears to be an unhealthy amount of money. Do these types of games exploit individuals most susceptible to these kind of addictions? How closely are F2P models tied to gambling? What are developers doing to acknowledge this issue?

Rose's piece doesn't have firm answers for all of these questions because it is an area that has received little research and not all F2P games use the same approach. The most unethical business models seem to be the ones derisively referred to as pay-to-win. These games are free upfront, but delevopers have carefully constructed walls that push players to pay for virtual items that will increase their performance and get them past the blockade. In competitive games, pay-to-win strategies are often seen as unfair in that players who spend more money will trump players who might exhibit more skill, but haven't made certain performance-enhancing purchases. Other F2P games like the super popular League of Legends and DOTA 2, strive for a level playing field where virtual goods are only purchased for aesthetics and have no direct impact on performance.

Still the question remains, how ethical is it to make the majority of your company's money through the addiction of a select few players, some of which play and spend to the detriment of their quality of life? No one seems to want the government to get involved, so hopefully the industry can refine their practices on their own. As pointed out in Rose's article, players are already shifting in droves to more balanced playfields that eschew pay-to-win models, but until developers put a cap on how much their willing to let players spend on virtual goods, or intervene when players exhibit signs of addiction, there's still a lot of work to do.
Posted by Dan Solberg at 10:00 PM