Blips: Give Empathy a Chance 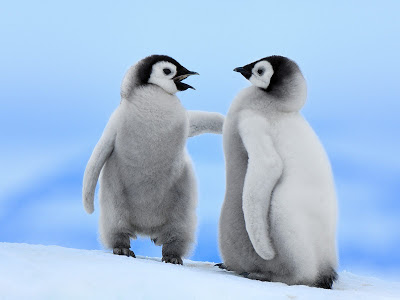 I'm often surprised by just how much my Communications studies in rhetoric and interpersonal communication as an undergrad have surfaced as resonant and useful beyond school. I was a double major, and always viewed my Communications track as secondary to my Fine Art studies, yet time and time again, I've leaned on those lessons as vital strategies for speaking with people in constructive and empathetic ways. Perhaps you've noticed that folks on the Internet aren't always the best at this, myself occasionally included.

In his Brainy Gamer blog, Michael Abbott lists some ideas to keep in mind as a type of checklist for speaking with people online in hope of generating a more considerate, less incendiary dialogue about video games. Think of this list as the digital age equivalent of the old "count to 30" strategy for anger management. It's easy to say "avoid mean-spirited language" and "don't be a jerk," but it's helpful on a practical level to have a more literal checklist of behavioral tendencies to look out for. Plus, as Abbott points out, if this stodgy, combative atmosphere is how the game community presents itself,  developers are more likely to create games that reinforce that behavior.

Through my work in teen education, I've also found it useful to "always begin by assuming positive intent." This is especially important when trying to cultivate communities that are inclusive and welcoming of people from diverse backgrounds. You don't lose anything by assuming positive intent, and it carries the potential benefit of broadening your understanding of a different side of in issue that you would have otherwise not been exposed.

Lastly, I wanted to point out Samantha Allen's "Open Letter to Games Media," with does a great job of laying out the responsibilities that providers of comments sections and forums have to ensure those spaces foster constructive dialogue. It's a nice companion to Michael Abbott's list that helps dissect the complexity of the issue at hand.