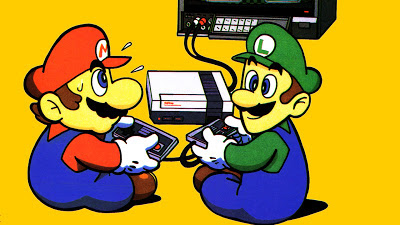 When I first heard about Nintendo using YouTube's Content ID system to tag videos featuring their games, I figured it was within the company's rights. So, Nintendo wants to make their own ad revenue from people sharing videos of Nintendo games. I get it. That's what Content ID was built for. It all makes sense on a corporate finance and intellectual property safekeeping perspective.

It even seemed that indie developers who voiced pro-Let's Play opinions only held that stance because they're from smaller companies, looking for promotion and word of mouth wherever they can get it. Nintendo isn't that desperate for attention, right? They have an ad budget. They don't need this kind of grassroots publicity to move units. At least that's what their actions are communicating.

Jenn Frank's piece for Gameranx sums up the situation nicely. While Nintendo is within their legal, if judicially untested, rights, using YouTube Content ID to take ad sales away from Let's Play commentators and direct them their way is bad for the company's image, which could be bad for their bottom line in the long run. Nintendo's actions are especially surprising given the warm reception Fire Emblem: Awakening received earlier this year, praise largely spread by word of mouth. This kind of bottom-up campaign is one of the things Let's Play videos do best and make more convincing arguments for certain products than TV or web ads.

With a struggling Wii U on their hands, Nintendo shouldn't overlook the goodwill that can be earned with popular YouTubers. While only well-informed enthusiasts will really follow this news, plenty of casual gamers like to peruse YouTube for videos of games before making purchase decisions. If fewer Let's Play videos of Nintendo games are on YouTube as a result of this Content ID move, Nintendo only has themselves to blame.
Posted by Dan Solberg at 10:00 PM