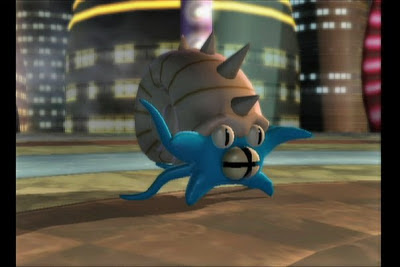 Source: Meet the man who's been playing the same Pokemon Character for a decade
Author: Jason Johnson
Site: Kill Screen

When the Mass Effect sequels were released, much hubbub was made over players having "their Shephard" transferable from game to game. The persistent design lead players to deeply identify with their protagonist and care about his/her relationships with other party members and story figures. While Mass Effect was a notable implementation of such a feature, Pokemon has offered similar functionality since it's original Game Boy debut.

A paleontologist, going by the handle Cunzy1 1, was recently interviewed for Kill Screen about his Omastar. That's a kind of Pokemon, if you didn't know. A fossil-type to be exact. Get it? Paleontology and fossils? Anyway, Cunzy1 1 has used his Omastar across 10 different Pokemon games. Though it differs across hardware generations, there always seemed to be a way for Omastar to make the leap from one game to the next. It's a fun little story about character attachment and the magic that can be contained in a couple lines of code.
Posted by Dan Solberg at 10:00 PM