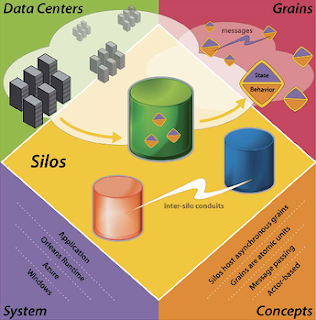 Try as I might to cover stories unrelated to Xbox One, here's another, this time on Microsoft's claims that cloud computing will supercharge their new console. David Coombes dissects Microsoft's PR-speak, pulling out what details are to be had and sets them against examples of real-world implementation where available. The gist of the piece is that Microsoft might be making a bigger deal about the power of cloud computing as it pertains to Xbox One than they'll practically be able to deliver.

I'll be honest, a lot of the material presented here is far beyond my technical understanding, but one point that did register was how low-bandwidth for your average Internet user will severely bottleneck information and limit the impact that cloud processing will have. I'm already imagining scenarios with Xbox One where texture pop-in becomes even worse or certain game elements don't load at all because my connection is too slow. I already know that I have a slow connection; it's a minor miracle that my PS3 hasn't kicked me offline in over a week.

To be fair, it sounds like Microsoft has pin-pointed a few areas where they can utilize the cloud effectively and avoid bandwidth and latency issues, but those examples hardly seem like game changers. In fact it's another situation where I'd rather just get all the power I need up front and not have to worry about cloud processing every time I just want to play a game.
Posted by Dan Solberg at 5:55 PM