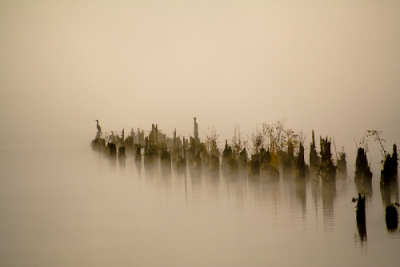 How much direction do we really need in games? Is there anything wrong with simply being given a premise and being shoved out into the world to figure things out for ourselves? This is the sentiment running through Paul Andrew Mcgee's essay on minimalist narrative in games.

He uses the different narrative approaches of the first and most recent Zelda games as examples of how minimalist design has been informed by the technology for which it was made. The original Zelda has a minimalist premise, but much of this had to do with game design standards and technical limitations, not because Nintendo was more capable of truly realizing Miyamoto's inspirational vision than now. Even if Skyward Sword has its merits, the loudest criticism I hear about the game is that it never backs off and just let's you play.

Mcgee notes how there is a recent movement to return to minimalist design, sometimes out of nostalgia, but other times out of a desire to recreate the sense of agency and adventurous tone of games that had little choice but to be minimalist. This involves a rejection of many modern game design tropes that have pushed games to be supposedly more accessible and cinematic. This very much resonated with me, as I tend to prefer a more minimalist narrative style in general. Miasmata and Proteus are some of my recent favorite games, and both subscribe wholeheartedly to this philosophy.

There are great citations from the worlds of film, art, and literature as well, and I think Mcgee makes a great case for the power of minimalist narrative in games.
Posted by Dan Solberg at 10:00 PM