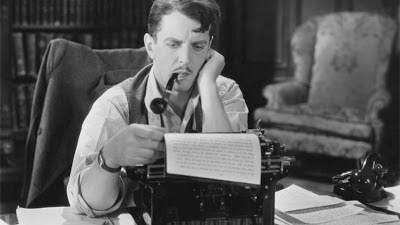 Are video game consoles still relevant? Do people still want to pay hundreds of dollars to play a narrow set of graphically intense games on big TVs in their living rooms? Last week's Xbox One announcement saw Microsoft doubling down on the idea that their new console will be the latest and greatest all-in-one family entertainment center. This comes at a time when economic recovery is a slow burn and a luxurious new video game console will be launching into one of the most volatile, if not downright dire, markets for such devices. Can Microsoft muscle their way into a successful Xbox One install base? It feels like that's what they're trying to do.

If you've not seen Leigh Alexander's latest column for Kotaku, I'd encourage you to give it a read. In it she spins an apocalyptic vision of one man who, despite the rest of the world gone wrong, continues to worship at the foot of his entertainment altar, his new game console which acts as the centerpiece of his subterranean man cave. It's a Mountain Dew soaked, appropriately hyperbolic reflection of new video game consoles as survival bunkers for preserving old practices. For additional context, check out Alexander's scathing Gamasutra opinion piece on the Xbox One announcement, which makes the small details in her short story more resonant.

Now, while I continue to enjoy the TV console gaming experience, I'm not sold on the idea that I need a new one. Still, Alexander's allusion to the console gaming rig as entertainment altar is spot on, even if I'm a little embarrassed to admit it. When I moved to the DC area a few years ago, I came with very few things, none of which were furniture. However, I did pack a small TV and a couple boxes of video games and consoles. For eight months, my living room was barren except for a turbulent bundle of cords and LEDs atop a stow-away container, flickering like a little shrine.

As silly as that setup might sound, I mainly used it to play old games on old systems, nowhere near the personal entertainment basilica Microsoft seems to have in mind. The thing is, I use a more diverse array of gadgets for digital entertainment purposes than I did a decade ago, and if anything, my laptop is the all-purpose device that I plan on upgrading sometime later this year. So, at a time when I'm spending less and less time with my TV, Xbox One is asking me to spend more. At this stage in the messaging roll-out, that's not an idea I can get behind.
Posted by Dan Solberg at 8:01 PM