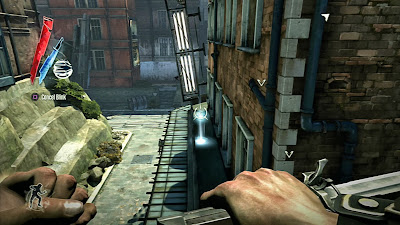 What do you do in a video game? No, like what do you do? When trying to come up with a basic description of a game, it's helpful to frame it as a series of verbs. For a game like Space Invaders, there aren't very many: aim shoot, dodge. Things get more complicated in games that begin to add contextual modifiers to those verbs, which you can think of as adverbs. In the Street Fighter series you can kick your opponent, but there are different buttons for different kinds of kicks, further modified by whether your character is in the air, standing, or crouching. Mechanically speaking though, you're still just kicking.

These verbs are commonly referred to in game design as "mechanics," but I appreciated Mitch Krpata's use of the word "verbs" to describe them because it gets at a more plain-spoken understanding of what options a particular game provides. In his piece, Krpata laments the lack of evolution in the verbs of the Grand Theft Auto series over the years, and the limited verbs of Bioshock Infinite in comparison to Dishonored. Having mechanical variety can offer more agency to the player, allowing them to approach situations in ways they see fit.

While I definitely see where Krpata is coming from, part of me sees this as a matter of personal preference. Krpata himself says that there's nothing inherently wrong with a game like Bioshock Infinite focusing on shooting instead of anything else, it just frames the protagonist's role in the game world under limited terms. Games with few verbs tend to focus on perfecting mechanical execution of those actions over time, but can also be implemented in gameplay that isn't "skill-based." In Proteus, your verbs are walk, look, and sit. There's no way to "get better" at these things, but simply doing them is pleasurable and entertaining. Proteus doesn't need to be a sandbox of mechanics to be interesting because the island you explore is what's interesting, not so much your "character."

Games use verbs to place you in an empathetic mindset with the protagonist. I haven't played Bioshock Infinite, but I suspect the issue might be that the game's world and narrative express a depth that is hamstrung by your limited mechanics. In Proteus, this isn't a problem because the low mechanical focus puts the emphasis on the island instead, which does all sorts of things that would go unnoticed if you were busy playing around with a list of verbs. I hope this illustrates that mechanical diversity should be taken on a case-by-case basis, and that the verbs that make one game great, could very easily ruin another one.
Posted by Dan Solberg at 10:00 PM