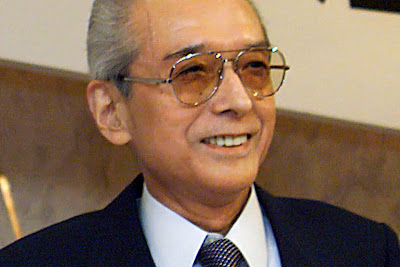 I don't have a whole bunch to add to what's been said already, but I wanted to link to an obituary for former Nintendo executive Hiroshi Yamauchi, who passed away this week at the age of 85. It's astounding to consider how long Yamauchi was running things at Nintendo –over 50 years before stepping down in 2002. Though Shigeru Miyamoto was the man behind the design of iconic characters like Mario and Link, Yamauchi was running things back when Nintendo's primary business was playing cards. While many Japanese companies have their hands in a diverse array of industries, that Nintendo was still a games company at its inception is pretty cool.

Of course, Yamauchi's Nintendo would go on to be a video game powerhouse, reigniting the industry after the collapse of Atari and mounting skepticism around the medium as a reliable investment at retail. Yamauchi's Nintendo is the one I have a personal affinity for as well. The NES was my first home console, and even though I diverted to Sega in the 16-bit era, I came back for the Nintendo 64 years later. Those systems are a part of my identity now, and though I know massive commercial efforts like video game console production are a team effort, Yamauchi was in the driver's seat. So, I feel like I owe him a debt of gratitude. Who knows where video games would be without him?
Posted by Dan Solberg at 10:00 PM