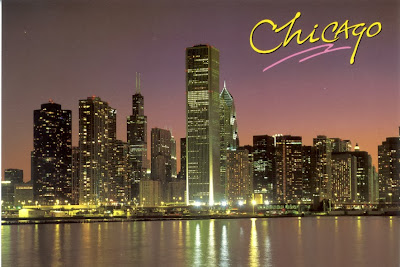 It's no secret the the vast expanse of land between the two coasts of the United States is largely neglected when it comes to cultural video game happenings. There's an east coast epicenter up in New England and a west coast expanse between San Francisco and Los Angeles. Except for Austin, Texas, there's not a lot of video game scene visibility in the country's midsection. However, if a recent article by Jordan Minor for Kotaku is to be believed, Chicago may be on its way to filling that void.

Minor's piece offers up a solid list of names and projects that are gaining more national recognition, and I find the whole thing inspiring. As a St. Louisan it can be alienating to be invested in a cultural medium like video games, but feel limited in what physical membership in such a community means. If I wanted to attend just about any major gaming convention, it would have required a pilgrimage-level of effort to get there. Perhaps sometime in the near future, that won't feel like the case anymore.

Of course, I live in New York now, so I'm able to see the industry from the other side of the lens, but I don't plan to stay here forever, and if I find my way back to the Midwest, Chicago seems a likely destination. So, maybe my motivation is a bit self-serving, but I also think the industry could use more perspective from folks who aren't around the corner from Silicon Valley, Hollywood, or Times Square, even on the indie front. So, all I really have to say is, keep it up, Chicago!
Posted by Dan Solberg at 10:00 PM