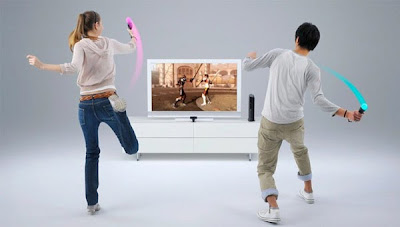 OK, let's see how quickly I can break down this essay by professor Thomas Apperley about game art and human body glitch aesthetics. Putting aside whether video games are art, there exists game art, which is art that makes use of games in some fashion. This could be a straight-up art game, or it could be something else that makes use of the glitch, performance, or social aspects of games. The definition of game art is not simple to categorize and seems to be ever-expanding. Apperley's main focus is on motion controls and how they call more attention to the bodies of players than button-based interfaces do, and that the expressiveness of bodies at play using motion controls is ripe for implementation in game art, though not all that much game art has taken up this mantle. Apperley proposes that as far as game art is concerned, the human body acts as a glitch itself, though what he terms gestural excess. An example of gestural excess would be like when you're playing tennis in Wii Sports, and instead of performing a slight wrist flip to swing the virtual racket, you swing your entire arm as if you were actually playing a game out on a real court with real equipment. That excess motion is not factored into how the game interprets the controller motions, nor is your stance or your offhand. These are game behaviors, but they do not help players succeed in the game, and can in fact be detrimental to players' in-game success. Motion controls turn the role of glitch back onto the players when it comes to certain aspects of how the body interacts with games, but as these devices become more sophisticated and able to process minute gestural details, the window for gestural excess will begin to close.

How'd I do? I still recommend checking out the whole essay which cites a ton of neat examples of game art, most of which were new to me. I think Bennet Foddy's games fit into this discussion in an interesting way too, seeing as they get a lot of mileage out of the physicality of button pushing. A game like GIRP turns your computer keyboard into a timed game of Twister that you play with your fingers, and the ever-popular QWOP simultaneously simulates and abstracts muscular rhythms. I was a DDR player for a few years and definitely fell into the non-excessive "only do what's necessary" category, but not out of principle; I just wasn't good enough to have the time or energy to showboat. Then, when the Wii came out, dancing games that only tracked the Wiimote just seemed dumb. I couldn't understand why someone would dance an entire routine when the game only cares about the position of your right hand –too much excess.

Still, I worry that the time for game art to comment on these issues may be past us now. Wand-like motion controllers have fallen out of public favor, and only touchscreens and the new Kinect remain, the latter of which is attempting to cut out excess as much as possible, down to the minutiae of facial expressions. I fear we may have to wait until some kind of nostalgic reverence for the Wiimote emerges before we see game art of the sort of which Apperley identifies.
Posted by Dan Solberg at 4:06 PM