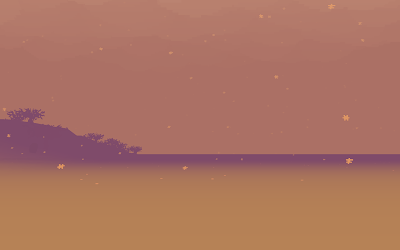 I've written about Proteus at length on this blog, Kill Screen, and re/Action, and yet, as Daniel Golding proves in a recent piece for Meanjin, there's still more to say about the game. While there are plenty of interesting insights in Golding's piece, his comparison of Proteus to the work of composer John Luther Adams is the most striking. Adams lives and works in Alaska and has created a piece that is a kind of generative music system titled The Place Where You Go To Listen. I'd encourage you to check out the article for the fascinating full context, but essentially this piece is a musical installation that responds to live meteorological and seismological data by emitting accompanying tones and rumbles. Even the aurora borealis has it's own particular sound range, making every visitors' experience with the work different than those who came before.

While Adams' installation presents the "sounds of the earth," Proteus, as Golding points out, puts some of that compositional responsibility in the hands of the player. While we can assume raindrops in Proteus make the same jingly bell noises whether you're around to hear them or not, other sounds require action on the part of the player to bring them out –action like walking past a line of gravestones or chasing frogs and squirrels. You get to play a conductor of sorts in Proteus, except you walk around an island instead of waving a baton. Both Proteus and Adams' Place emphasize an ephemeral, performative quality to their musical compositions, but employ different methods of listener involvement.
Posted by Dan Solberg at 10:00 PM