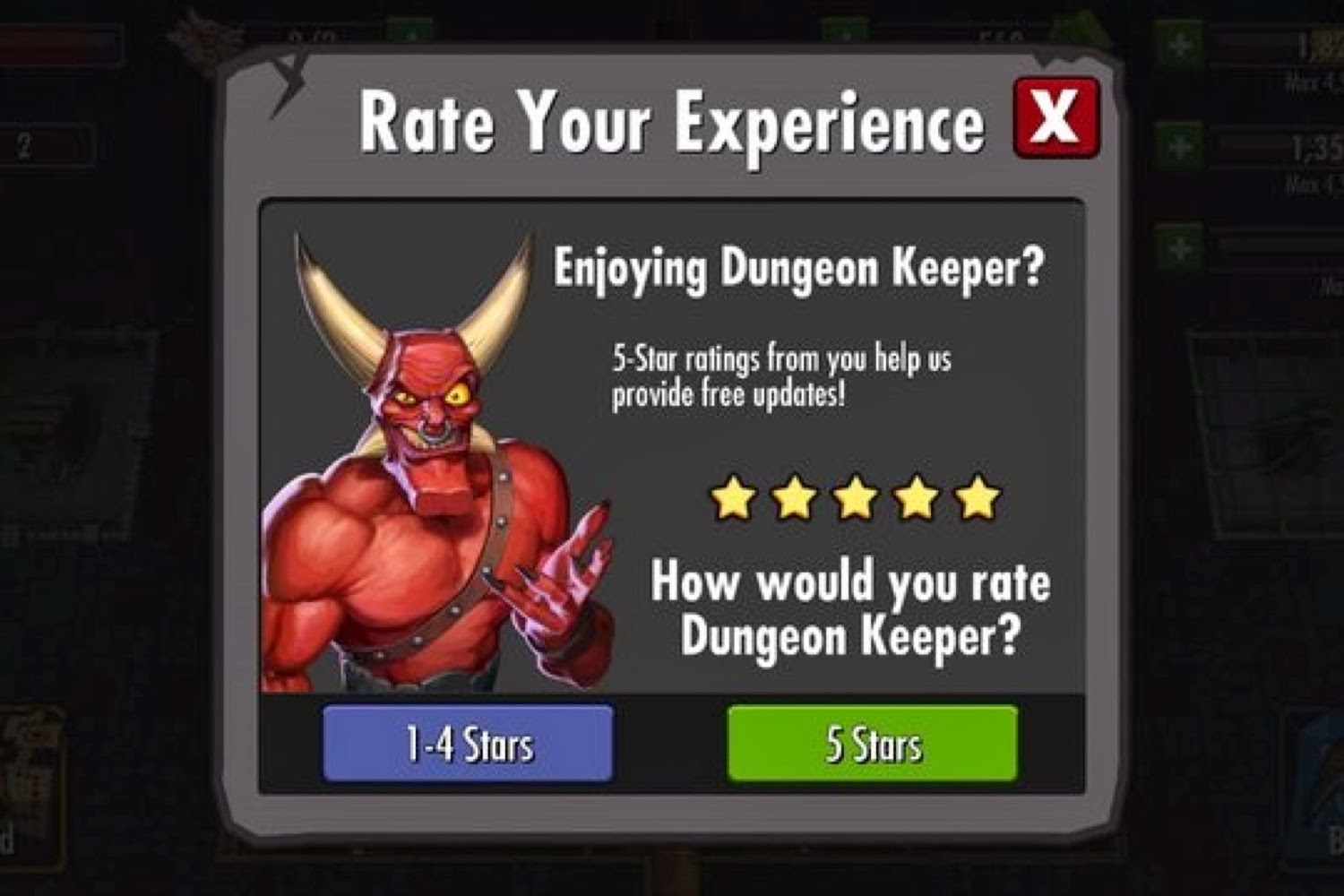 It's a bit strange the way the label "game" has taken on certain qualities of the word "art" considering the two's somewhat tumultuous relationship. But that's what seems to be happening in the case of the new Dungeon Keeper game, which some critics and players have denied the "game" label on grounds of quality. We've all heard this similar accusation made about controversial works of art. "That's not art! It's just a bunch of scribbles!" "That's not art! It's pornography!" That's not art! It's just offensive!" There's a notion with art that a work can be "elevated to the level of art," but if that's the case, what was that work prior to that elevated distinction? Just because a game is rotten with microtransactions or deviates wildly from it's series' roots, doesn't mean it's not a game. This is the conclusion that Mary Hamilton has also drawn in the linked article above.

I see where some of these critics are coming from in the case of Dungeon Keeper though, and they're qualms with the game are on a more formalist grounds. The argument is that you don't really play Dungeon Keeper, but pay currency (virtual or real) to not play it, in a sense. While this argument could hold some water if you're expecting this new Dungeon Keeper to be a simple port of the original game, that's just not the case. This new Dungeon Keeper is simply a different type of game that needs to be played in a different way. I have no real familiarity with that series, but imagine I'd be likewise ticked off if say, a new Zelda game was released with similar mechanics. Instead of working your way through dungeons, Link only has the energy to explore 3 rooms in a 24 hour period, but you can pay minions to do that exploration for you. That sounds like a bad game, and by all accounts, Dungeon Keeper isn't too great either. But it is still a game.
Posted by Dan Solberg at 10:00 PM