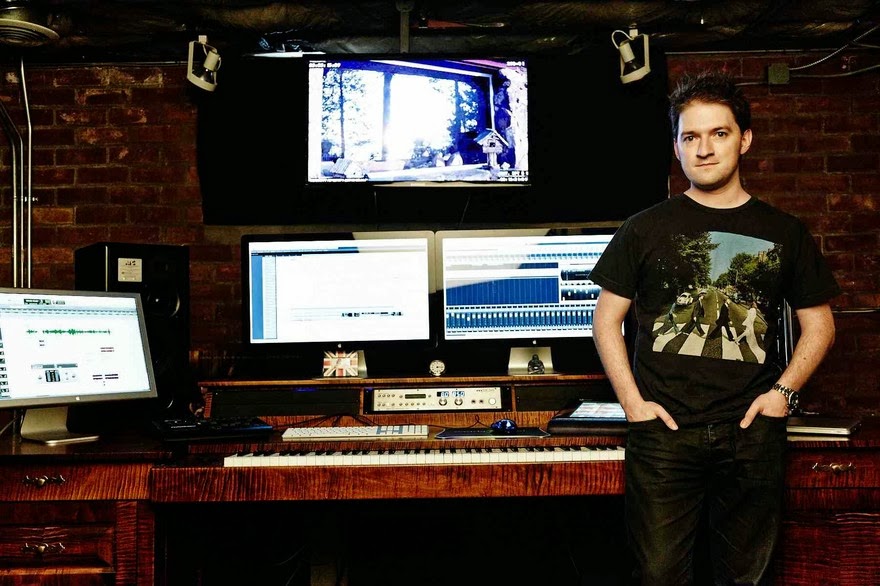 Last week, Kill Screen published a profile I did on Stephen Barton, composer on Titanfall. I went into this piece looking to learn about the analog recording process he used, since that sounded pretty unique for a video game score where everything just ends up in digital form anyway. While we did touch on that stuff, the primary angle ended up being how he used digital and analog sounds to distinguish the game's two opposing forces. It wasn't an even split between one side being pure analog or digital, but the resulting sounds frame it this way just the same.

Typically these kinds of video game scores aren't my bag, sounding to alike to one another and never something I'd want to listen to outside of the game context. But I think I'm being too dismissive since the reason many of these scores don't resonate for me is because I'm not typically invested in the games. Titanfall does seem interesting though, and potentially more fun than the always-dying nature of so many online shooters. I am a big fan of these atonal orchestral/digital mash-up noises that are so popular these days too, which make for a perfect match to Titanfall's mechsuit aesthetic. So yeah, this ended up being one of those pieces where I came away a little more open-minded than how I went in, which always feels good.
Posted by Dan Solberg at 10:00 PM