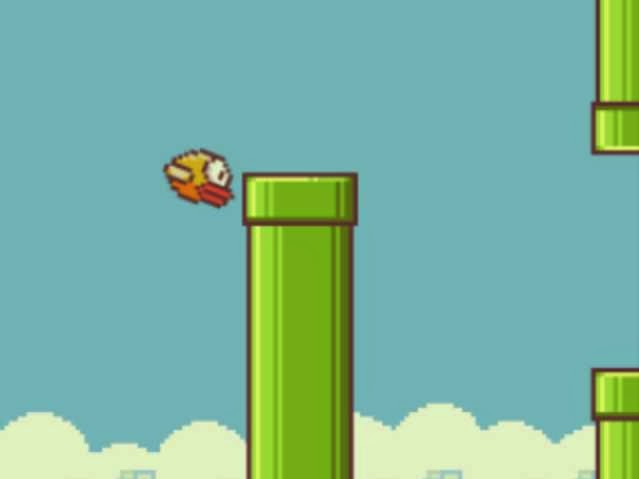 Ian Bogost's treatise on mobile game zeitgeist Flappy Bird isn't the only one worth reading (I quite enjoyed Yannick LeJacq's take on the game too), but it is the one that assumes the widest angle on the game, framing it within centuries of gaming history. As Bogost states early on, Flappy Bird is a stupid game. I haven't played it, and yet I'm still comfortable stating that as fact. I've played enough eerily similar endless runners over the years to know a time-killing mechanism when I see one. The game itself is a visually different version of Copter, where you have to continually tap to prove your helicopter or bird with enough lift to avoid obstacles and navigate the gaps in between. Flappy Bird is exactly that, except it doesn't even have the progressive difficulty curve of Copter, it just is what it is.

This is one of Bogost's main points: unlike masocore games that are a hard-swing reaction against the gradual casualization of difficulty in games, Flappy Bird just "is." It's a game that exists outside the conversation, and is seemingly unwilling to join it despite its astounding popularity. Flappy Bird is a game that makes the mundane actions of game playing grotesquely apparent. Where Kinect games often literally show you how dumb you look playing them, Flappy Bird's stupidity shows through in it's very design. There's nothing to the game other than repeatedly tapping on a small glass rectangle. There's no sense of group effort, story progression, or artistic insight. Flappy Bird is a video game stripped of facade, and it's as pure as is is disgusting.
Posted by Dan Solberg at 3:56 PM