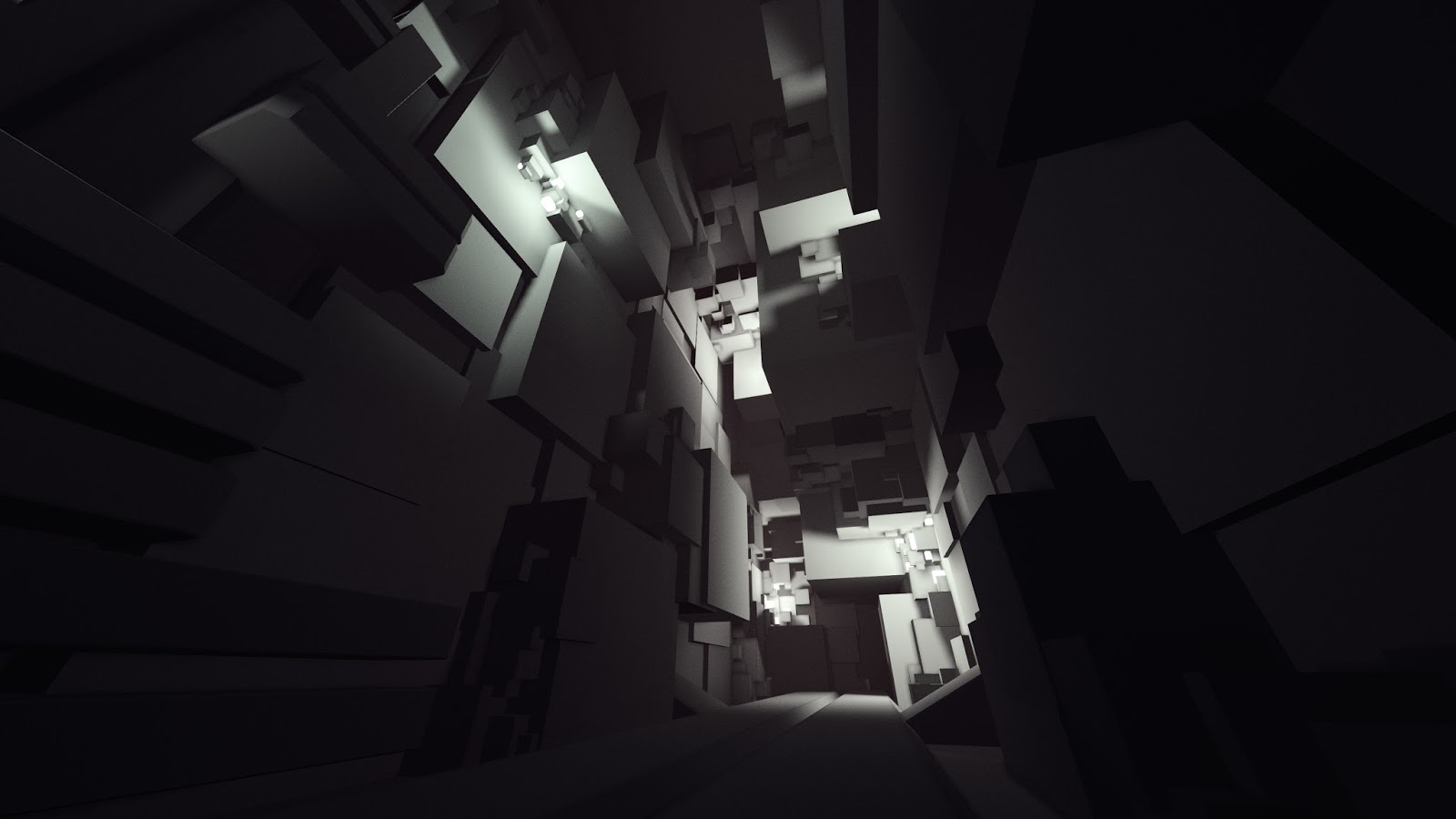 My latest review over on Kill Screen is for NaissanceE, a very cool exploration/puzzle game from Limasse Five. In the review, I make the comparison between the game and a pencil drawing lesson, seeing as how both place such a large emphasis on the gradations of light and shadow on simple shapes. Of course, NaissanceE, does this on an architectural scale, which doesn't necessarily convey the feeling of a still life so much as a spacial ambiance, but I do think my analogy fits pretty well overall. NaissanceE is a moody game that had me taken aback by its beauty on a number of occasions.

Crazily enough, for a game that doesn't have much in the way of intricate textures or AI, I did run into some technical problems with NaissanceE on my meager laptop setup, so be forewarned there. The game's Steam page lists a set of minimum recommended system settings, so I imagine you can avoid my issues there by just meeting those standards. It was the first time I'd run into a progress-stifling bug/glitch/hiccup (whatever you want to call it) in a game, and there was a time that I was at a bit of a loss as to what to do about actually reviewing a game that I could not physically experience for myself. Luckily one of my fellow writers was able to shoot a save file from past my trouble spot my way, and everything was gravy from that point on. Sometimes I take it for granted how much I rely on the stability of console hardware for games, but increasingly I'm drawn to a lot of stuff on the PC, so I think this might finally be the year I put in for an upgrade. We'll see.

In the meantime, give NaissanceE a shot, won't you.
Posted by Dan Solberg at 10:00 PM