Blips: The Joke's On You 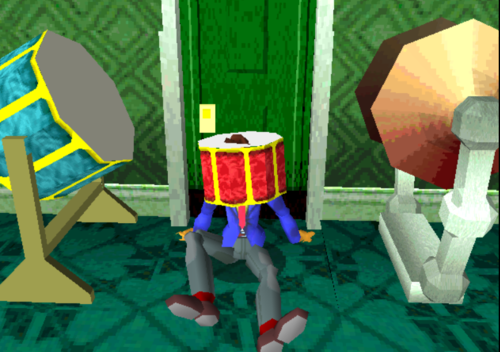 As I'm currently working on a piece about physical comedy in games as it relates to something like Turbo Dismount, I was pleased to find Pauli Kohberger's piece that approaches video game comedy from a slightly different angle. Kohberger's starting point is a little-known (I'd never heard of it) PS1 game called Welcome House, which is setup as a slapstick comedy where a nephew goes to visit his uncle. The uncle has laid out a bunch of booby traps and sight gags that pummel the nephew, presumably for laughs, but according to Kohberger, it's not all that funny. There is a fine line where physically harming a character can be interpreted as funny or mean-spirited, which has a lot to do with the power dynamics between the characters. Kohberger draws the comparison to Bugs Bunny and Elmer Fudd, and how there was a mandate that Bugs always had to be provoked before pranking poor old Elmer. Spy Vs Spy is also brought up, with an interesting backstory that I'll leave for you to check out for yourself.

I think these comedic virtual characters have very doll-like quality to them which can make them fun to torture, knowing no one is really being hurt. It's the same instinct that prompts children to blow up action figures with fire crackers, but in a game, there's no physical danger and you always have a fresh doll to use, no matter how many times you've blown it up. On the other hand, this can also make video game physical comedy seem too fake, since the lack of consequences are so instantly apparent. In comic strips, you have to at least wait until the next day to see the characters reverted back to their default selves. I think this is why some video game physical comedy can feel more violent than in other media that feels more grounded in reality. Then again, Elmer Fudd has been shot, crushed, and electrocuted, and no one was under the impression that was real either. I don't have a resolution on this yet –just something I've been thinking about.
Posted by Dan Solberg at 10:00 PM