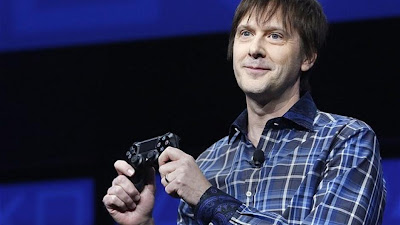 Unless something dramatic happens between now and the end of the year, I won't be getting a an Xbox One of Playstation 4 at launch. That said, I look forward to owning a PS4 at some point down the road, likely when it becomes a little cheaper and has a library of interesting games readily available. Why I'm interested in PS4 over the new Xbox has a lot to do with the man who designed Sony's next console, Mark Cerny. Not only does Cerny have a 30+ year career in the industry, he also made one of my all-time favorite games, Marble Madness. Now, the PS4 doesn't come with a trackball (though I mainly played MM on the NES anyway), but it is being presented by a man who knows what he's talking about and has demonstrated a passion and vision for what he wants his console to do.

Simon Parkin recently wrote a nice profile on Cerny for the MIT Technology Review, wherein he talks about Cerny's teenage career and the differences between working for Atari in the mid-80s and Sega Japan in the late 80s and early 90s. Mark Cerny was also a driving force behind Crash Bandicoot the original Playstation icon, and Parkin notes certain stylistic similarities between that game and Cerny's PS4 title Knack. Cerny has a fascinating child prodigy career arc that has sustained him in the industry for decades. It's that kind of staying power that inspires confidence, and it's the playfulness and innovation in a game like Marble Madness that shows Cerny as a creative force. I don't know how the next console war is going to shake out, and in many ways I don't care all that much, but Mark Cerny's involvement with the PS4 assures that there's a beating heart in there somewhere.
Posted by Dan Solberg at 10:00 PM