Blips: Life is Short and Death is Cheap 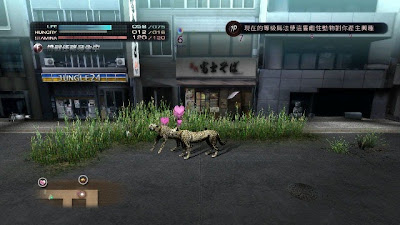 This piece by Rob Gallagher for The New Inquiry's Games issue is a thorough examination of how games are uniquely equipped to discuss the concept of death, yet much critical discourse on the topic is framed in literary or cinematic terms. Gallagher points out how games that use rouguelike mechanics are pushing players away from seeing life as precious, and instead as a means to some other end beyond simply staying alive. He uses Tokyo Jungle as an example, where keeping a single animal alive in the dangerous urban wasteland is futile, and the point of the game is about carrying on the bloodline. Failure to produce offspring is the ultimate death in the game, not the worldly death of a single creature.

This is an interesting point to make in light of the recent strand of "empathy games" that have popped up in the past couple years. Though admittedly a unfairly reductive term, empathy games keenly focus on the repetition and suffering of characters as they struggle to make ends meet or operate on a basic human level. The empathy game and the rouguelike aren't in direct conflict, but typically handle the death of the player character differently. XCOM: Enemy Unknown doesn't aspire for players to comprehend the personal struggles of your international collection of anti-alien mercenaries, yet players have been reported to feel tremendous remorse for the loss of combatants on the battlefield, where death is permanent and the game keeps moving forward. The attachment comes through gameplay, not the narrative of struggle.

I don't think one way of handling death is better than another here, and am glad there exists such a variety of options, but I think it's worth acknowledging how games can look at the way they inherently cheapen the reverent nature of life and death, yet understand and use those qualities to say something about the subject in ways that can't be done in other mediums.
Posted by Dan Solberg at 10:00 PM