Blips: Everybody Calm Down 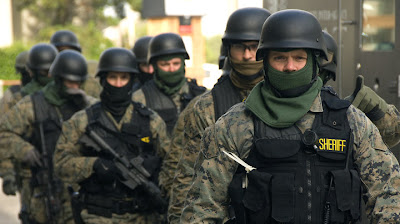 Brian Crecente has written up a great piece on the recent rise in game industry departures spurred in part by online harassment from fans, often including death threats. The article is flat-out depressing in its mini-profiles of several figures in the development community, and comes out at the end with a none-too-hopeful message. Will this problem become less of an issue over time or will it continue to get worse? Can anything really be done?

Pointing out the actions being taken by sites like Kotaku and IGN to moderate their comments and forums is a good start. Even if these are private websites, they're some of the largest game enthusiast communities, so if hate speech can be tamped down there, it sends a message about the image the gaming community is trying to project as positive.

Still, the one thing I found missing from the Polygon article was hearing from harassers. Maybe that would require a separate piece so as to not detract from the stories of the victims of this abuse, but I think getting insight into the minds of these knee-jerk hotheads would prove a helpful perspective to have. I can't fathom uttering threats like this at all, much less in the context of rebalancing a video games multiplayer mode. What triggers it? Top-down solutions are only going to get us so far. We have to sit down and speak to these *shudder* gamers. Otherwise we're just moving the class to another room and hoping the "problem kids" don't find us.

Why are the "problem kids" problematic to begin with? It might have something to do with games and the Internet, but tons of people, especially young people, engage in new media without these kinds of issues. How much of this outlandish behavior can be attributed to the nature of the medium, and how much is the result of outside factors like socioeconomic status, family/household environments, and mental health? How much is that young people have defined their own rules for online behavior because parents and other responsible adult parties don't have the experience of growing up with social media to teach proper behavior? I don't know, but I'm willing to bet that it's a factor.
Posted by Dan Solberg at 10:00 PM