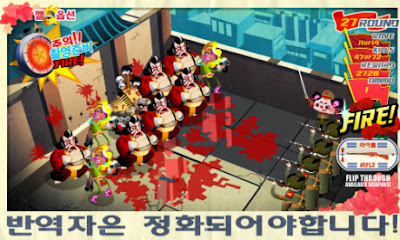 I can't say this is much of a surprise. Apple has rejected Joyful Executions, a satirical game where you play the leader of a North Korean execution squad, from sale in its App Store. Seeing as games like Phone Story and Sweatshop didn't pass Apple's archaic test, it was likely that Joyful Executions would be turned down as well. I really have to wonder how long Apple is going to go before changing this policy of viewing games as less appropriate venue for personal expression than other forms of media on its digital shelves. I'm sure it's burning through some goodwill from the development community even if it's not currently impacting the corporation's bottom line.

Though I assume developer 8-Bit Underpants would have loved to see their game available to the vast iOS market, these days, being rejected from the App Store brings it's own kind of publicity as well. I mean, I might not have heard of the game had it otherwise just been released quietly into a crowded marketplace. Who's to say, though as this kind of news becomes more frequent, I'm curious how perception of banned games will change. I think I smell a banned games Android Humble Bundle in the works...
Posted by Dan Solberg at 5:58 PM