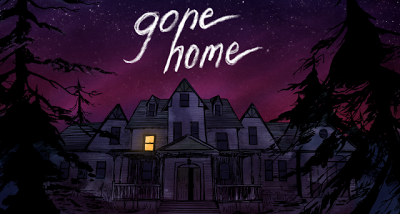 Source: Why we are not showing Gone Home at PAX
Author: Steve Gaynor
Site: The Fullbright Company

On their website, Steve Gaynor of The Fullbright Company has announced that his team will not be showing their highly anticipated game, Gone Home, at the upcoming Penny Arcade Expo in Seattle. You can check out the blog for their full list of grievances, but it mostly boils down to remarks made by PA founders Mike Krahulik and Jerry Holkins that have been deemed insensitive, and in some cases misogynist and transphobic, by a substantial contingency in the game community. In many of these incidents, glib remarks were made under the auspice of humor, but then followed up with bull-headed defensiveness that only buried the hole deeper.

It's a shame that Gone Home won't be at PAX Prime, but I understand why. It's one of those cases where you have to evaluate how much you separate the creator from the creation. Some people won't watch Roman Polanski movies. Other people won't watch football games starring players with violent criminal records. Everyone has their own standards and limits. Some people won't listen to Kanye West's music because of the egomaniacal way he presents himself (though to be honest, Kanye's music is all about Kanye too). If PA's brand of humor or their statements on certain social issues rub you the wrong way, the option to disconnect is there and should be exercised.

It's also a shame because Penny Arcade has grown so far beyond Krahulik and Holkins, beyond just a video game-centric web comic, and other very talented staff are also effected by the actions of their company's figureheads. Now, Krahulik has issued another public apology for his most recent remarks and announced a personal donation of $20,000 to The Trevor Project, an LGBTQ crisis prevention organization. Will this sentiment change anything for The Fullbright Company or anyone else on the fence about attending or showcasing at PAX? My gut says no, but if Gaynor and company's stance had an impact on either side of this issue, it seems like an action that was worth taking.
Posted by Dan Solberg at 10:00 PM