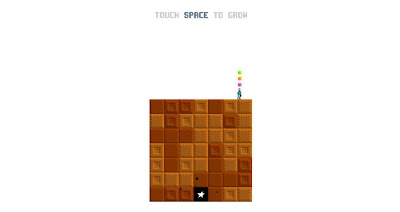 The "music game" genre is currently comprised mostly of mechanics based on precise execution and/or recitation of existing tracks or performances. On one hand you have literal instumentation games like Guitar Hero and Rock Band where the original recordings are king, and on the other you have dance games like Dance Central and Dance Dance Revolution where the choreography rules the land. Both of these branches of music games are structured for testing, not play. You might cite console-based music creating tools like Beaterator or MTV Music Generator as genuine music production tools, but the unsharable nature of your finished tracks, clunky UI, and rise of free professional production software alternatives makes them all but irrelevent.

Thankfully, some very inspired game music composers have stepped up to blur the line between "music games" as we know them, and other types of games. In his piece for Red Bull Music Academy, Jeff Siegel speaks with both Ryan Roth and David Kanaga, whose work on Starseed Pilgrim, Proteus, and Dyad have staked new territory for music-centric gameplay. The interactivity of these games does not exist on a separate layer from the music. Your actions in the game actually make the music, but it occurs in an even more organic fashion than stylistic progenitor Rez.

I think back to this Kotaku piece on video game music as optional to the experience, and have to wonder if games produced with integrated compositions would shift opinions on the matter. I certainly can't imagine playing these games without sound, and in fact find this new emerging sub-genre to be one of the most exciting developments currently growing in the game industry.
Posted by Dan Solberg at 10:00 PM