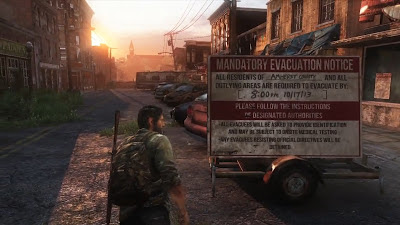 It's not a new argument that video games should be developed around their systems, not as vehicles of cinematic storytelling. That's the crux of Dan Whitehead's stance in a new piece for Eurogamer, but his point is more salient with the comparison between two recent games that use a zombie apocalypse as a premise: The Last of Us and State of Decay. Sure there are new zombie games every week (sigh), but here Whitehead explains why he thinks State of Decay is a better "game" than the critically lauded The Last of Us, and it all boils down to story presentation. In The Last of Us, Whitehead felt like he was just keeping the main characters alive in between cutscenes where the story was told. In State of Decay, he claims that you're almost always playing the game to push the story forward, to the point where there's not even an explicit plot in the traditional sense.

Though I haven't played either of these games, I can see where Whitehead is coming from, and can hop on board except where he gets superlative with his claims in ways that restrict the narrative possibilities of various media. The topper is his closing line that refers to games as "the only truly new creative medium of the last 100 years." Cutting it pretty close to the invention of film, but I guess I can let that slide. However, let's not forget that games have existed prior to video games, and are founded on the same principles. Games in fact predate film and photography by hundreds, if not thousands of years. Furthermore, I don't have a problem with cinematic games with minimal interactivity, so long as the parts where I play aren't just there as boring filler to meet a "game" requirement.

If there's a problem it's how we lump all games under the same set of expectations. The kinds of interactivity should be what we use to classify games because they let the player know what kind of experience they're in for. If I know a game is going to be little more than a visual novel where I press a button to turn the page, so be it. I might be in a mood for that kind of game. If the story is interesting, that game could still be great. The interactivity might not get in the way and involves the player in the story just enough to be meaningful. I haven't played Asura's Wrath either, but isn't that the basic idea there? The real issue with most story-based games isn't interactivity, it's second-rate writing. By the sound of it, The Last of Us actually makes great strides on that front.
Posted by Dan Solberg at 10:00 PM

Email ThisBlogThis!Share to TwitterShare to FacebookShare to Pinterest
Labels: blips, dan whitehead, eurogamer, medium, storytelling, systems, the last of us