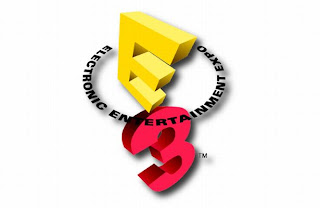 I'm not in LA for E3 2013, I'm just sitting here on the east coast absorbing all of the press conferences and demos and interviews that so many other talented journalists are out there supplying. That said, E3 Day Zero is the suite of stage shows before the show floor opens, and I don't think I'm missing all that much by simply livestreaming them on my laptop instead of sitting in a crowded auditorium. Both Sony and Microsoft came out swinging, and it made for a very lively day on the Internet. If you missed anything, you can scrub through video of the entire day over on Polygon.

So, what were my takeaways? Well, the day began with a solid block of games from Microsoft, announcing plenty of exclusive games (not just exclusive add-ons and bonuses) for Xbox One. We're getting a new Killer Instinct, which had a live demo featuring some uncomfortable humor, and plenty of franchise updates you'd expect from a new Xbox. The games that got my attention were exlcusives from indie devs Capybara (Below) and Swery65 (D4). Though they were only shown in brief, they had me pining for more details, mainly due to the pedigree behind them. Yet another exclusive was the debut game from ex-Infinity Ward folks, Respawn, called Titanfall, which is a multiplayer shooter that also has mechsuits and some nifty traversal abilities. While a game like Titanfall might not be my go-to thing, it actually looked pretty neat, at least outside of the context of racist and homophobic slurs that will no doubt spew from the game's players once it's in the hands of our lovely populace.

Oh, Microsoft also sneaked out a $500 price point for Xbox One. This is, to put it simply, more money than I'm willing to pay for such a device. Add to that, Microsoft did not further clarify some of their family sharing, and used game resale policies that have been confusing players and journalists alike since they were cryptically rolled out. I closed the Microsoft stream still feeling pretty disenchanted with console gaming. In fact, my first thought was that I hoped the game Below would find its way to PCs eventually so I wouldn't feel like I'd have to spend $500 just to play it.

In anticipation for Sony's conference in the evening, I fully expected the other shoe to drop. I thought Microsoft's new DRM policies would be picked up more-or-less verbatim, and worried that Microsoft throwing money to developers would thin the PS4's launch line-up to something more paltry than it otherwise would be. As for the price, I thought Sony would match that too. I hoped all of these expectations would be wrong, but it didn't seem likely. However, much to my surprise, Sony debunked all of them.

Removing my barrier to interest first by stating upfront that their PS4 used games and always-online policies would remain pretty much unchanged, Sony then followed up with a $400 PS4 price point, an entire $100 lower than Xbox One. To be clear, $400 is still more than I might be willing to pay for a video game console, but at least it's in the range where I'd consider it, given the right circumstances. What I mean by that is, Sony's software line-up needs to offer fresh, interesting types of gameplay, while also presenting technical leaps that justify the need for new hardware. Sony's well-courted array of indie game developers definitely fulfills the former, but The Witness aside, those games could easily run on PS3 or even my moderate-low powered laptop.

What convinced me that PS4 offered something special was, and I can't believe this was the case, Final Fantasy XV. For one, the game was a surprise reveal that got me pumped in a very primal, reactive way. Designer Tetsuya Nomura introduced a new clip for the long delayed Final Fantasy Versus XIII, which looked recognizably like the characters and action-RPG trappings from what had been shown of the game over the years. The footage looked fantastic, and definitely felt like it needed the power of a next-gen console to represent everything it had to offer. The cinematics were over the top, and the gameplay segments seemed like a fresh avenue for a franchise with staunch turn-based roots. Then, at the ending title screen, the words "Versus XIII" exploded and turned into XV; a small gesture that carries a lot of meaning. The whole presentation had an energy and an excitement that harkened back to PS1 and PS2 Final Fantasy announcements, which were all Sony exclusives. The Final Fantasy XV presentation got me excited for the PS4 because it's a game that seems to really justify its need for a new machine and also renews my interest in a franchise that needs a firm kick in the pants, and it looks like XV could do just that.

Unfortunately, I remain skeptical of the commercial viability of either of these consoles in the current economic climate, but if I must upgrade at some point, Sony has presented a philosophy for PS4 that resonates with what I'd hope to see in a new machine whereas Microsoft has come across as tone deaf, at least as far as my interests are concerned. A lot could change between now and November, and anyone declaring a winner of the "console war" is definitely calling the game too early, but hey, I'm super excited to see more footage of all of the games on display over the rest of E3. The fact that there is a bunch to be excited about is very encouraging and I hope all parties involved can keep it up and move the industry in a healthy direction.
Posted by Dan Solberg at 11:30 PM