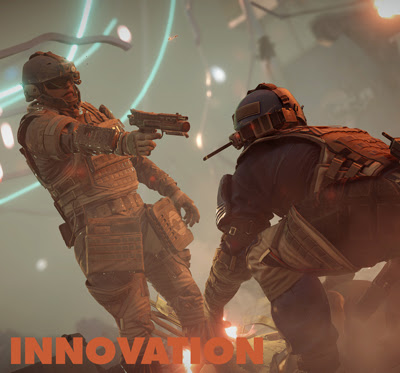 In his recent post for Unwinnable, Jordan Mammo wonders why we're on the verge of a new console generation when this year's E3 failed to provide any justification. I found myself thinking the same in the wake of both Microsoft and Sony's big press conference unveilings. Both companies trotted out the typical talking points about how their latest luxury devices would beget innovation, more dynamic gameplay, and, inexplicably, better storytelling. While Sony at least showed a range of games that seemed interesting, neither made a convincing argument for new hardware.

A comment on Mammo's post notes that E3 is always a bunch of ceo-speak and that the games shown at press conferences aren't necessarily evocative of the best games the console will offer. Beyond that, launch games have a reputation for underwhelming, focusing instead on proof of concepts for new ideas or simply updating existing models with a new coat of paint. This is all true, but it's also the job of companies at events like this to prove that their product is worth buying at launch. With the turbulent, unpredictable console market on the verge of a massive saturation point, that "the good games will come," doesn't feel like as much of a guarantee. I'd buy a PS4 before I got an Xbox One, but I really just hope that Sony's corral of indie games are also playable on PS3 since they don't seem to require the more advanced hardware.

Still, I would love to be surprised. I would love to be excited by a console launch, to feel like I'd be missing out to not have one. That's not the case right now, but hey, both companies still have a few months to convince me otherwise.
Posted by Dan Solberg at 10:00 PM