Blips: Against the Rules 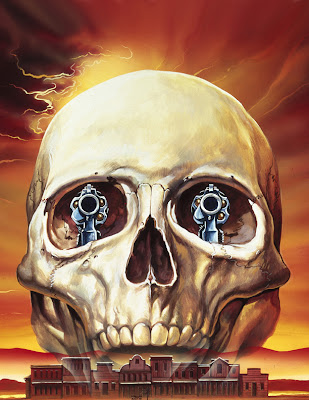 Is it accurate to say that we "play" games? The use of the word "play" to describe what game participants do when operating the mechanics of a game doesn't seem wholly accurate to the historical understanding of the term. To "play" is to engage in chaos, to let your imagination run wild, totally ignorant to the constraints of systemic rules. Games on the other hand, are logic puzzles defined by their rules. While the macro activity of participating in a game often aligns with the frivolity of free form play, the act of "playing" in games often feels like anything but.

This is one of many issues brought up in Michael Thomsen in his wonderful recent essay for The New Inquiry's Games issue. He goes on to rail against gamification as taking the complacency-generating aspects of games and applying them to just about anything. Instead of using game mechanics to subversively reflect the already game-like systems workplace and political hierarchy, gamification adds a new layer of abstraction that further distances "players" from the reality of the situation. In games where you play against the computer, where the goal is to win, there is always a power dynamic between the the rules of the game (the master) and the player. Upon beating the game, you've conquered all of the challenges, but you never overtake power from the game. The game allows the player to possess enough power to satisfy, but you can never become the master. Why would we want to invite this kind of system into non-game environments?

Where I'll be critical of Thomsen is in his scope of video games. The term "game" has been going through its own identity crisis as of late with several titles of note leaning away from the traditional goal oriented structures of win/lose scenarios. Ironically these games have been chastised by vocal connoisseurs as not being games at all, but something else. In general, games are in a taxonomical predicament right now, and the most sensible solution seems to be to expand the scope of the word "game" to include all comers. "Games" really are the new "art," it seems. In light of this Thomsen also dismisses the expressive possibilities of games too quickly, which seems shortsighted at a time when developers are making significant strides in that realm.

That said, it's all too easy to get caught up in a defensive position about something that you care deeply about, so I welcome Thomsen's critical look at games and what it actually means to play.
Posted by Dan Solberg at 10:00 PM