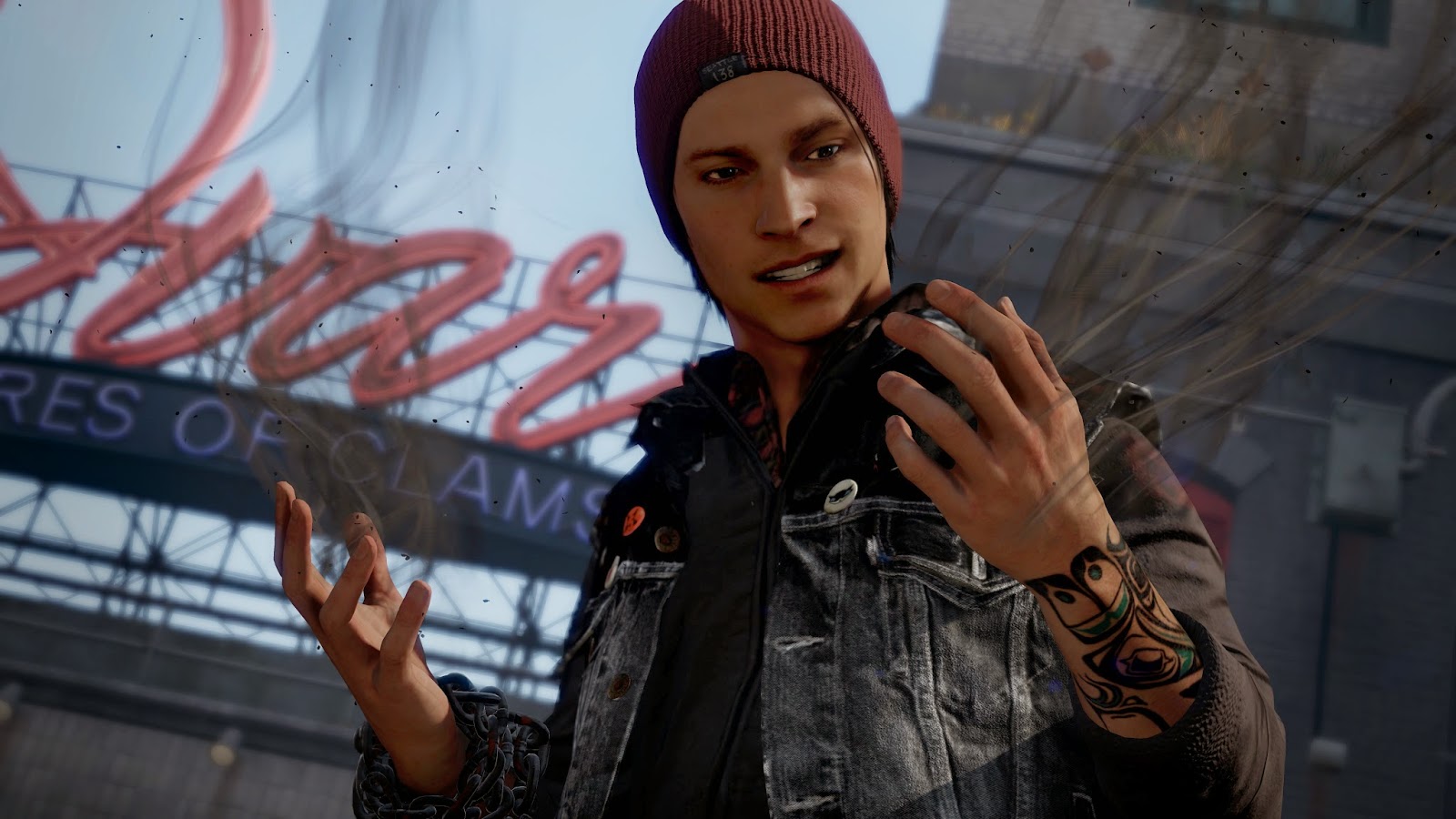 Video games are capable of rendering some pretty realistic worlds, to the point where transposing the real world literally into a virtual one is taken as an assumed goal. If you can do it, why not? But this is a school of thought that ignores all of the other ways that games can be visually designed and the possibilities for riffing on or reworking real world environments to some end beyond the literal. But when certain aspects of games shoot for 1-to-1 realism, and others don't, it raises questions as to why the line was drawn where it was.

Case in point is Infamous Second Son, the third game in the Infamous series, and the first to boast a real world setting: Seattle. While Infamous has more in common with comic books than documentary film, its virtual Seattle is meant to stand-in for the real thing, as a literal translation, more than an interpretation. Reid McCarter over at Digital Love Child brings up an interesting point then: why isn't the main character Delsin, who is shown to be of Native American heritage, also presented as a member of an actual Pacific Northwest tribe instead one made up for the game?

I'm on board with McCarter that ultimately, this is a missed opportunity. By attributing Delsin to a fictional tribe, there is no cultural backstory beyond what is presented in the game. But of course Seattle does have such a history, and it's one that is intertwined with the Native American tribes in the Pacific Northwest. I understand that if you're trying to tell a comic book story set in a real place, there has to be components that are on the side of fiction or on the side of literal representation, but short-shrifting the realistic setting's ethnic make-up actually renders that setting less convincingly, and denies an opportunity to cast Duwamish or Suquamish (or another local tribe) people in very visible roles.
Posted by Dan Solberg at 10:00 PM