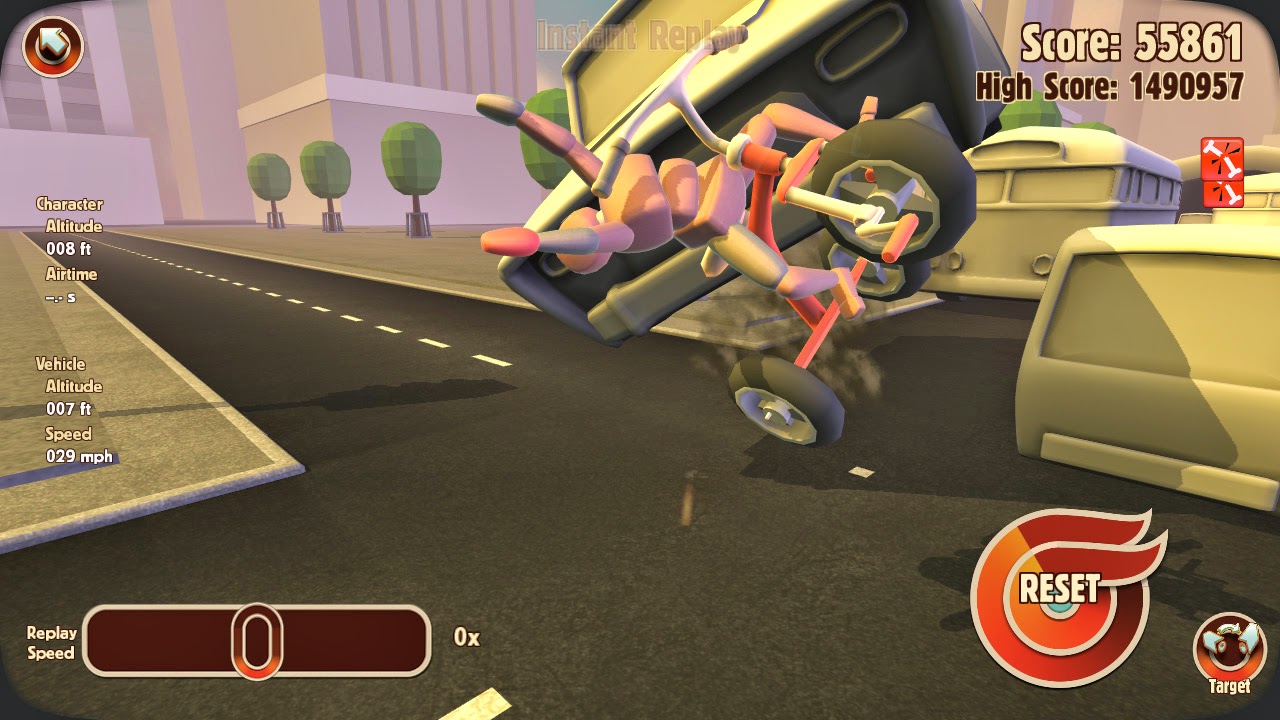 In my most recent piece for Kill Screen, I focused my thoughts about the virtues of physical comedy in video games onto one particular element: ragdoll physics. Essentially, when game design moved into a polygonal 3D space, a more realistic physics engine was also needed to make characters and objects more reactive to one another –more able to negotiate and interpret contact and what occurs afterward on a relational basis. Since many games still had such a large emphasis on killing enemies, death animations we actually rather prominent. Ragdoll, where a regular human figure turns into a boneless, floppy mass, was born out of this situation. Though ragdoll has gotten better over the years, it still often shows its flaws in moments where body parts can't find a settled resting place and spasm in perpetuity.

Finding humor in all this is definitely morbid, but ragdoll animations are so ridiculous, it's kind of difficult not to laugh. Lucky for everyone, games that focus primarily on ragdoll humor are more prominent than ever. I looked at Turbo Dismount for my article, which is basically the premise for a series of fatal Jackass stunts, complete with variable ramps and obstacles to hurl your crash-test dummy protagonist against. That said, I do think the scoring system in Turbo Dismount works against its humor to a certain degree. The funniest crashes aren't necessarily the highest scoring ones and repeating a level over and over to try for a better ranking eventually dulls the joke's edge. While there is still some good laughs to experience playing dedicated ragdoll games, I think my favorite instances of ragdoll are usually when they pop up unexpectedly in games that aren't trying to be funny.
Posted by Dan Solberg at 10:00 PM