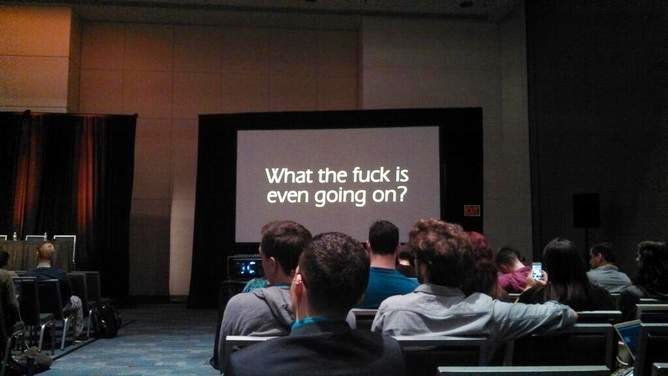 OK, I'm getting back on the horse this week, and I'd like to begin by highlighting last week's Critical Proximity conference. I'm still digging through all of the material presented during the series of talks, but it's an amazing collection of game critics speaking passionately about their practice. On the Critical Proximity website, you can watch the archived livestream of the entire day or click on individual talks to watch video presentations and read full-text transcripts. The video quality on the livestream is too low to follow along with presenters' slideshows, but the audio is plenty functional. As for the talks themselves, I was afraid going in that this series would end up being mostly critics sounding off on their well-worn platforms of choice, but instead I've been quite surprised at the diversity and originality of thought from every talk I've taken in. Conference organizer Zoya Street led things off with a charge for game criticism to be more of a conversation and less of a solitary endeavor, which set the precedent for the bevy of speakers to follow. There are too many great ones to list them all, but Zolani Stewart's presentation on the importance of weird games and the necessity of being critical of the video game industry's capitalist underpinnings, resonated pretty strongly with me. Hopefully we'll see another round of talks next year, and some forward progress on the topics at hand in the meantime.

I'm also happy to report that the weekly game crit curation website Critical Distance has reached its monthly Patreon goal. Senior Curator Kris Ligman gave a talk at the Critical Proximity as well about the process of composing the site's weekly round-ups and what goes into the decision-making process of whose writing gets highlighted and whose doesn't. Best of luck to Kris going forward; Critical Distance is an incredible resource.