Blips: Living Under a Rock 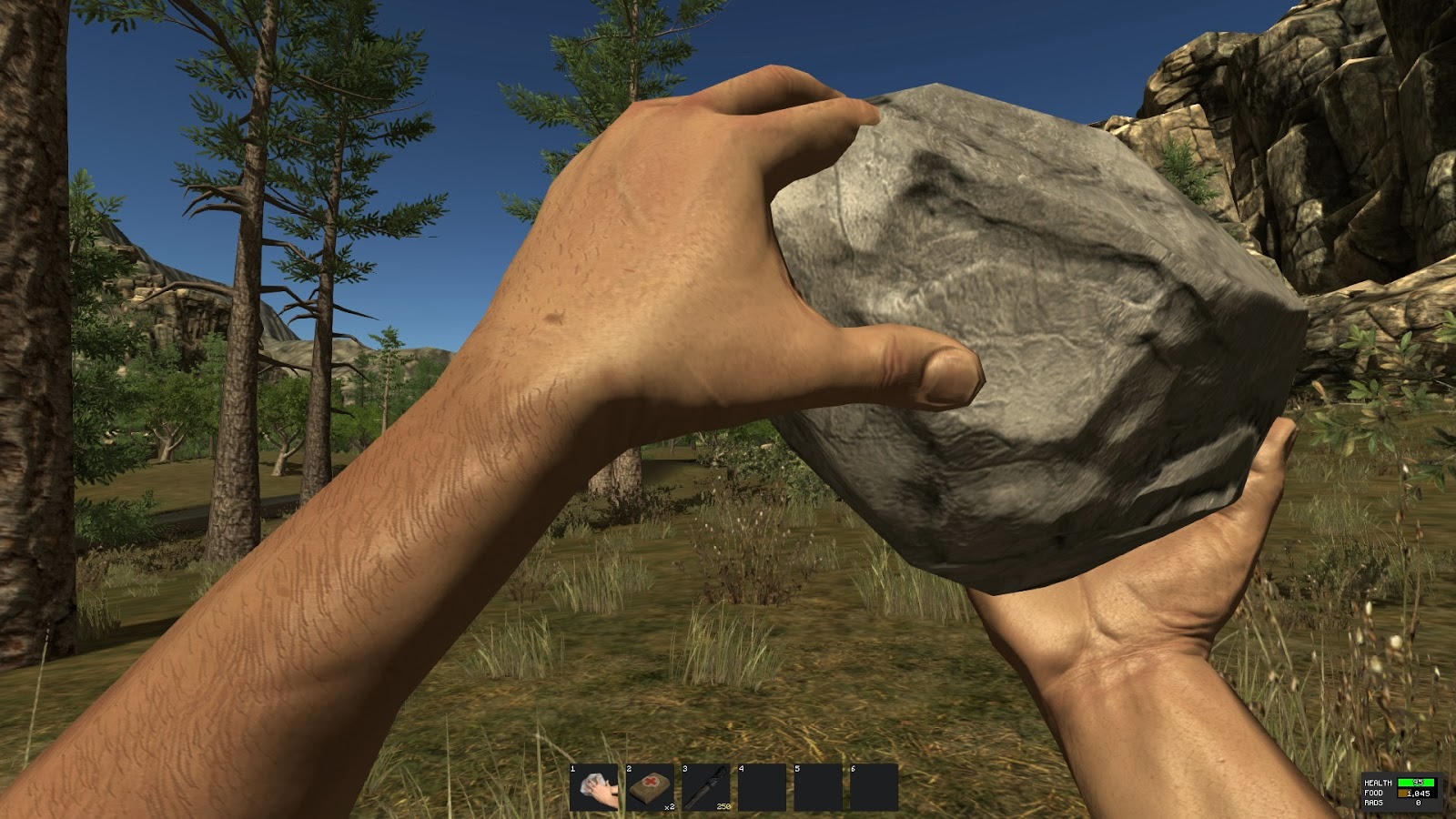 This new post by Kris Graft over on Gamasutra has made me significantly more interested in Rust. That said, I doubt I'll get into the game since it seems a bit daunting to go in alone, but my mind has been shifted as it pertains to Rust's status as an Early Access title. Graft reflects, diary-style, on his time with the game and how individual happenings could be viewed as "missing" features in most "complete" games. Where Rust ultimately ends up, if it's even going to be something that's considered "finished," is a mystery, but the point of it, at least for now, seems to be the experience of playing within such an unsure space.

As the saying goes, "it's the journey, not the destination," which is a phrase that seems quite appropriate for Rust. But it's not just the Early Access status of the game that makes the phrase so fitting, but the freeflowing, open ended nature of Rust's world and the constant string of "win some, lose some" confrontations. The game doesn't track your moral decisions or help you find friends; that's entirely up to you and how you choose to play. Also, you could be killed at any moment and lose everything on your person. Material wealth in Rust can make you feel powerful, but also a target, Graft notes. It's Graft's conclusion that really hits home though, which asks "what's it all for?" given how easy it is to lose "progress." Graft's answer is that games never really give you anything tangible, only the hopefully engaging experience of playing them. Perhaps the games that shower players with virtual trinkets and compliments are the game that we should really be scrutinizing, since those games are more about accomplishment than play.
Posted by Dan Solberg at 9:37 PM