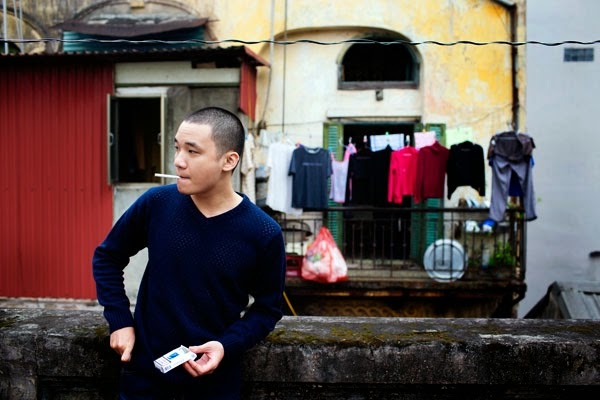 I'm surprised I didn't see more people talking about this expose in Rolling Stone about Flappy Bird creator Dong Nguyen. In the piece, Nguyen basically answers the question of why he removed the game from the App Store: according to a bunch of letters he received, the game seemed to be having an unhealthy effect on a number of players, and he wanted to put a stop to it. Now, one could make the argument that Nguyen didn't really have any cause to feel guilty or responsible here as his game is devoid of the exploitive business practices found in many iPhone games, but regardless, these messages seemed to have a personal impact on him. Flappy Bird's removal from the store didn't delete it from phones that already downloaded it, but it did cease production at the hype factory, which in turn saw the game slip from public consciousness faster than if it had lingered in the store in perpetuity.

In a crazy twist of irony, there are ads currently running within Flappy Bird for Flappy Bird knockoff games. I know this because I've continued to dabble in Flappy Bird over the past few weeks. It remains a fun little game, and I am sincerely confounded by the vitriol against it and Nguyen. To me it sounds like the same argument that gets leveled against many contemporary artists: that just because the average person could have made a couple lines on a canvas just as well as any famous artist means that that artist's work is devalued. But here's the thing, if you're one of those people who says this, you didn't make it. And even if you replicated the work after the fact, it's not the same because your version is being brought into a world where the original artist's work already exists. We can debate the merits of post-modern practices as they relate to the subjects at hand, but I see little indication that the anti-Flappy Bird contingency is thinking beyond their own jealousy.