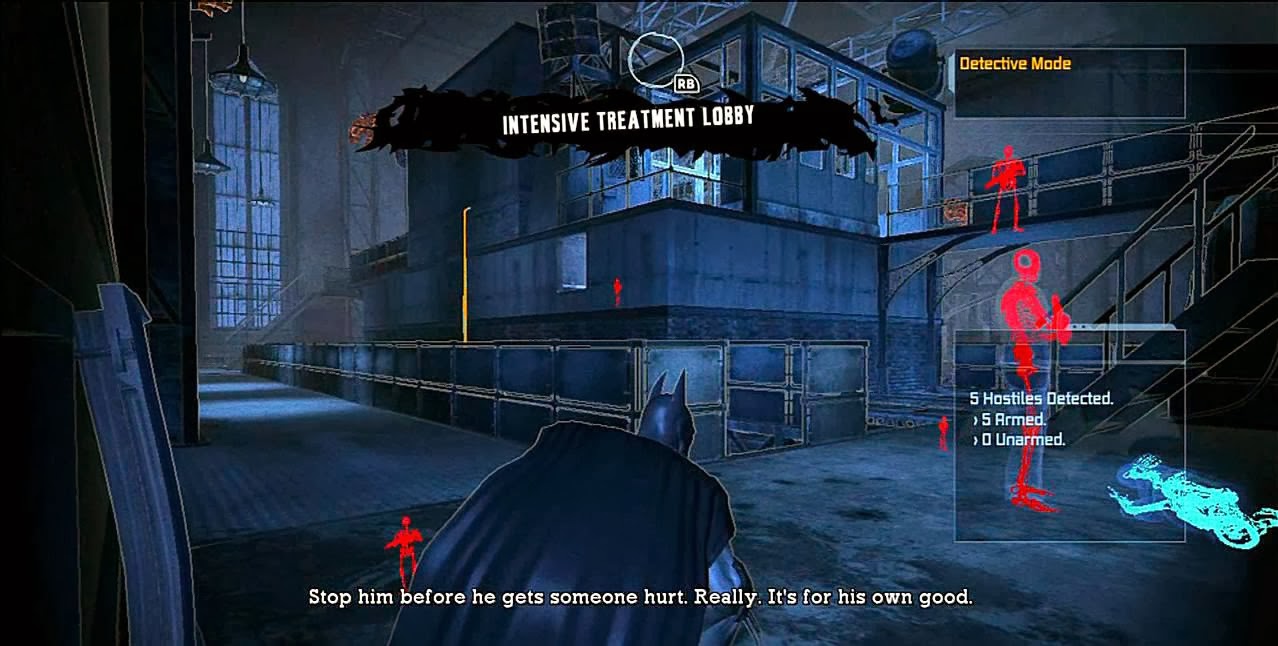 That title might be an easy pun, but I thought it appropriate given the subject of today's post. Stephen Beirne has written a great piece over on Paste (spiffy new site redesign over there too) about how games that use detective modes rob their players of the chance to use their observational skills. While this is certainly true in games with explicit detective modes like Batman: Arkham Asylum, it's a pervasive trend across games of all sorts, done in the name of accessibility, yet often used to circumvent design problems. I'm referring to the gleam that shimmers across objects that you can interact with, which accomplishes a very similar task; it prevents you from fumbling around looking for that narrative-progressing lever, and it heads off potential disappointment in the inability to interact with certain elements of the level architecture because the designer has removed the possibility of their interactivity from the equation.

That said, in Batman's case, I do think there's an argument for detective mode as is, and it's that Batman is just a rich guy with fancy gadgets that do everything for him. Sorry to Batman fans, but as someone who couldn't care less about accurate comic book lore, this is my layman's perception of the Caped Crusader. Why is detective mode sort of a demystifying drag? Well, maybe it's because Batman himself doesn't need to exercise much in the way of observational prowess when his computers can do all the work for him. I see detective mode in the Arkham games as a chance to role play as Batman as he truly is. Overpowered? You bet.
Posted by Dan Solberg at 10:00 PM