Blips: A Moment in Time 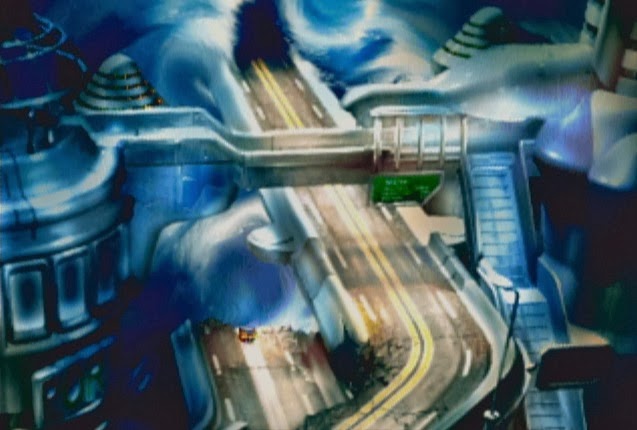 I've noticed some recent chatter about PS1 classic Chrono Cross on Twitter recently, and nothing pleases me more. If you put me to the question, I might even say the game is my all-time favorite. So, not only have I been bathing in this praise for something I love, but Alice Kojiro over at Gaming Symmetry has written at length about the most memorable area of Chrono Cross: the Dead Sea. How validating it is to know that someone else has recognized the profundity of the Dead Sea section of Chrono Cross. There is nothing else like the Dead Sea. Kojiro's piece is part of a series of articles about taking on the role of an embedded explorer recounting their journey. It's lovely work, and gets at the heart of what makes the Dead Sea special. Please check it out.

As for my take, well, traversing the Dead Sea's frozen-in-time, city-engulfing tidal waves is perhaps the most formative gaming experience I've had. Apologies for the hyperbole; I wouldn't expect it to have the same effect on someone else, especially if they were to play it for the first time in 2014 after hearing me gush about it. But for me, in the time of my life when I played Chrono Cross (late high school), it was a revelation. The game, as a whole, is gorgeous. I'm not sure there's another game that's used the full spectrum of the color pallet in such subtle, effective ways. And the Yasonori Mitsuda's original score bests all contenders. There's an emotional range in Chrono Cross that is presented through character dialogue, but the music and prerendered backgrounds really provide the weight and ambiance for everything to work together. The Dead Sea simultaneously represents awe and loss. Unlike blockbuster disaster movies and apocalyptic game sequences, the Dead Sea's "impact" is both halted and never-ending. It's quiet, contemplative, and cold, and I'll never forget it.
Posted by Dan Solberg at 10:00 PM