Blips: Who Watches the Watch_Dogs? 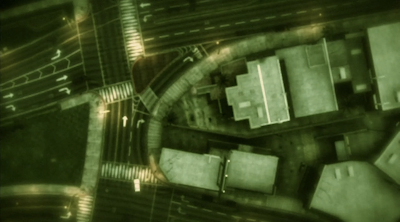 As I was reading Michael Thomsen's piece on video games and complacency with the surveillance state (which is dead on, by the way), I couldn't help also wondering about how quickly players also sign away their privacy when it comes to playing online. I haven't read Sony's or Microsoft's terms and conditions, and I don't know anyone who has. Even on the basic level of leaderboards, I can't play Pac-Man CE DX+ while connected online without sending my scores up to the publicly viewable cloud. Though, truth be told, I don't exactly mind if everyone can see my scores, and knowing where I rank actually motivates me to want to get better at the game, which itself is fun to play.

It can get a little creepier when the data isn't score-based though, such as the moral decisions you make in The Walking Dead. Even though your personal playthrough information is not shared publicly, it is collected and then shown anonymously in aggregate. Again, I found this feature to ultimately enhance the gameplay experience by adding a subtle social element to an otherwise solitary game that actually plays on that game's core themes, but it takes a certain confidence in a developer and a platform to trust that your information won't be exploited.

Still, I wonder if an opt in/opt out information sharing choice should be part of the future for games. It's true that, even on the new consoles, you can always just unplug the system if you want to be disconnected, but this is a tedious and extreme measure to have to take for what could be a simple question with a "no, thanks" option. Unfortunately, I don't see these changes being implemented because the amount of players who actually seem to care about these concerns are an all-too-small minority. So, not only do games reinforce a necessity of national surveillance with simplified cause and effect scenarios, but their players are also perfectly happy with companies monitoring their progress in those very games. Instead of "we need your information to keep you safe," it's "we need your information to make better games." For now, video games haven't betrayed players' trust (Kinect paranoia aside), but I still think it would be reassuring of them if they would just ask next time.
Posted by Dan Solberg at 10:00 PM