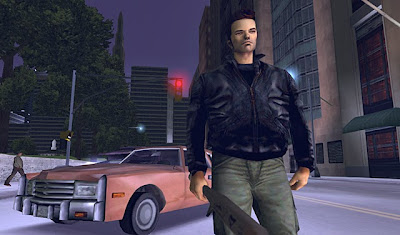 The conceit of the silent protagonist is supposedly that it allows the player to immerse themselves in the character, making them their own, but Taylor rightly calls BS on this. It's a theory that has since been disproved, except in cases where full customization is at your disposal. I love the analogy of games with silent protagonists as puppet shows: you don't become the characters, you just pull the strings of puppets that have no personality built into them.

The only reason I might prefer silent protagonists is when I don't have confidence in the writing ability of the game development team. However, now that more devs seem to be hiring dedicated writers and including them as part of the process early on, let's allow them to write dynamic characters instead of forcing them to write around archaic conventions.
Posted by Dan Solberg at 10:00 PM