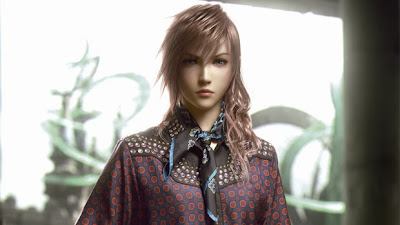 Video games and fashion might seem like oil and water, but they actually have a lot in common, especially when it comes to the cyclical nature in which they function as industries. This was the premise of Nathan Altice's presentation at this year's No Show Conference, and it's an idea that has a lot of merit. Games, and in turn games writing, focus on the cinematic elements of games, operating from the correlation of games as interactive moving pictures. It's true that games and movies have been sharing an increasingly common DNA since the advent of polygonal characters and environments, but these film-like touches tend to overshadow other correlations and dominate the conversation. Consider that both games and fashion operate on seasonal cycles based around 3 major press events, and both have a tenuous outsider status in the art world.

Altice even refuted the one argument I was going to make against his analogy toward the end of his piece: that there is no gaming couture. This is acknowledged though, and using personal games as a substitute does fit on a certain level (games not meant for wide distribution with the distinct traces of an individual auteurist (there's that film language again!) hand). However, framing games and fashion in respect to capital, it's worth noting that even the most technologically advanced new games rarely cost beyond $60 unless they come with accessories. Then again, you can't play games without a console or a PC, both of which are definitely in the range of luxury items, but then the metaphor starts to get a bit muddy.

While I think that speaking about games through the language of fashion sounds incredibly refreshing, it does require a certain level of familiarity with fashion to pull it off, one which I don't think most game designers and writers possess. Film is a much more natural parallel in this regard due to the high rate of nerd culture crossover. The exchange of ideas between film and games is obvious and explicit, and to read into fashion in games is to interpret subtexts. I'm not saying this can't change, because it certainly sounds cool, but it would definitely take a collective effort from a lot of different people.

This isn't entirely dissimilar from my approach to games through art. In fact, I use this angle to pitch myself as having a unique perspective on games at a time when we're seeing them pop up in museums more often. Few people in the video game industry seem to know the language of art, the history of art, or the contemporary dialogues of the art world, and if they do, they're not framing what they have to say through this context or other voices are drowning them out by hierarchy or sheer volume. I have to imagine it's a similar situation with fashion, and part of me thinks it just comes down to having a limited amount of time and energy to invest in different fields of interest. I might not ever be the person who writes about games from a fashion perspective, but I'd definitely love to hear from someone else who knows what they're talking about.
Posted by Dan Solberg at 10:00 PM