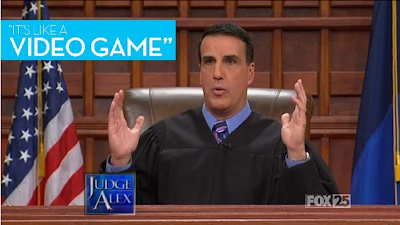 Ever since reviews of the movie 300 started drawing comparisons to video games, I've been interested in the concept of relating video games to something outside of themselves, like movies or real life. The thing is, when the shorthand of "like a video game" doesn't in itself say much of anything, the comparison requires too much explanation to be worth actually using as shorthand. Well, that is unless you don't mind making unfair or uninformed assertions about what games are and what people do when they play them. How is 300 like a video game? I've read all of the reviews and watched the film myself with that question in mind and I still don't really know. My best guess is that they think that 300 looks like Dynasty Warriors with Spartans. I'd get that, but no one says as much.

Furthermore, video games are an increasingly diverse medium where making broad assumptions about what games are just comes off as ignorant of the actual situation. Oh, maybe comparing things to video game is like a video game; you're operating in your own little reality.
Posted by Dan Solberg at 9:06 PM