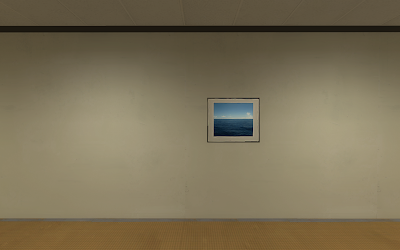 Two new pieces up on Kill Screen this week: a review of The Stanley Parable, and a look at how Telltale games uses player data from The Walking Dead. I've managed to become a more regular writer over there, so look for more pieces from me in the months ahead.

My review of The Stanley Parable was the first review I've been paid to write, so of course I wrote something that questions the role of video game reviews. The game seemed to call for it though. The Stanley Parable is an intensely self-referential game, both in terms of its conscious acknowledgement of itself as a video game, and of the player's acknowledgement of that acknowledgement. What better way then to present a critical look at the game than one where I take on a similar voice as the game's unreliable, 4th-wall-breaking narrator? Hopefully my criticism of the game comes through as well; it is largely a game for gamers and may have limited appeal outside of the open-minded segment of that audience. In truth though, The Stanley Parable comments on interactive narrative in general and has more in common with The Hitchhikers Guide than most video games.

The piece I wrote on The Walking Dead actually got me to play the game, which had been on my to-play list for quite some time. I was most intrigued by the stat screens at the end of each episode that show how your decisions in the game stack up next to other players' worldwide. I thought that the psychological effect of this screen mimicked the themes of the game about the importance of fitting into a social group. When my interview with Telltale CTO Kevin Bruner fell through, I felt a bit panicked, but ultimately I think I like the story that came out better than just hearing technical details from a developer perspective anyway. The article is also published on Intel's IQ website.
Posted by Dan Solberg at 10:00 PM